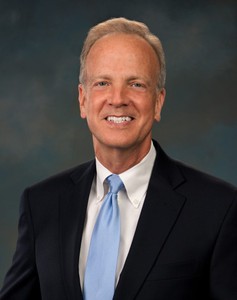 Kansans elected Jerry Moran to the United States Senate in 2010. Since joining the U.S. Senate, Senator Moran has been a leading advocate for protecting and preserving the special way of life in Kansas.

Senator Moran has a long history of opposing reckless spending in Washington, and as a member of the Senate Appropriations Committee has pushed for spending cuts, tougher funding standards and broad reform. As the Agriculture Appropriations Subcommittee Chairman, he has the opportunity to focus on investing in policies that are vital to Kansas’ rural communities, such as agriculture research and extension and Farm Bill implementation. Additionally, through the subcommittee’s jurisdiction over the FDA budget, Senator Moran will work to advance public health innovations, including development of new medicines, medical devices and food safety technology.

As a member of the Commerce, Science and Transportation Committee, Senator Moran advocates on behalf of Kansans regarding a number of issues vital to the state’s economy ranging from communications and product safety to highways, aviation and railways. Through his work on the Banking, Housing and Urban Affairs Committee, Senator Moran continues his long-time commitment to strengthening the economy, opening up foreign markets to U.S. exports, and fostering the growth of small businesses. Also, as a member of the Senate Veterans’ Affairs Committee, one of his top priorities is improving the quality of life for the nearly 250,000 veterans living in Kansas.

Since joining the U.S. Senate, Senator Moran has also been a leading advocate for issues related to entrepreneurship, job creation and innovation. He is committed to putting policies in place that foster a pro-growth environment where businesses can succeed without government imposed barriers.

Prior to his election to the Senate in November 2010, Moran served Kansans in the “Big First” Congressional district for seven terms in the U.S. House of Representatives, as well as eight years in the Kansas State Senate – spending the last two years as Majority Leader. As a senior member of the U.S. House Agriculture Committee, then-Congressman Moran worked with colleagues to craft legislation that allowed Kansas farms and ranches to remain viable in today’s competitive global marketplace, and participated in the implementation of two Farm Bills. Moran was also an active member of the House Transportation and Infrastructure Committee, as well as the House Veterans’ Affairs Committee where he served as chairman of the Health Subcommittee.

Senator Moran has made it a priority to stay connected to the people he represents. Despite the distance of more than 1,000 miles between Washington, D.C., and Kansas, he returns home each weekend to meet with Kansans. The conversations he has with Kansans during his travels around the state greatly impact the work he does in Washington.