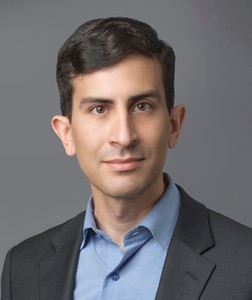 Daniel Castro is vice president at the Information Technology and Innovation Foundation (ITIF) and director of ITIF's Center for Data Innovation.

Castro writes and speaks on a variety of issues related to information technology and internet policy, including privacy, security, intellectual property, Internet governance, e-government, and accessibility for people with disabilities. His work has been quoted and cited in numerous media outlets, including The Washington Post, The Wall Street Journal, NPR, USA Today, Bloomberg News, and Bloomberg Businessweek. In 2013, Castro was named to FedScoop’s list of the “top 25 most influential people under 40 in government and tech.” In 2015, U.S. Secretary of Commerce Penny Pritzker appointed Castro to the Commerce Data Advisory Council.

Castro previously worked as an IT analyst at the Government Accountability Office (GAO) where he audited IT security and management controls at various government agencies. He contributed to GAO reports on the state of information security at a variety of federal agencies, including the Securities and Exchange Commission and the Federal Deposit Insurance Corporation. In addition, Castro was a visiting scientist at the Software Engineering Institute in Pittsburgh, PA, where he developed virtual training simulations to provide clients with hands-on training of the latest information security tools.

He has a B.S. in foreign service from Georgetown University and an M.S. in information security technology and management from Carnegie Mellon University.