The White House still has a raft of concerns over the Senate’s version of the annual defense policy bill, including Space Force, unmanned Navy ships and space-based missile sensors, according to a letter from the Office of Management and Budget.

The administration is pushing the Senate to fully enshrine a Space Force as a sixth service in law and says it would be hampered by the initial Senate Armed Services Committee’s positions on the other issues. The letter raises 39 separate concerns with the $750 billion bill (S. 1790) and was sent to Armed Services Chairman Jim Inhofe (R-Okla.) on Sept 4.

The letter comes as the Senate returns from summer recess to wrap up conference negotiations with the House on the mammoth policy bill. Defense officials have been meeting with the Senate Armed Services Committee this summer about the bill details.

“While the bill provides some elements to elevating the space domain, it does not provide the necessary legislative authority to establish the United States Space Force as the sixth branch of the armed forces,” OMB Director Russell Vought wrote to Inhofe. 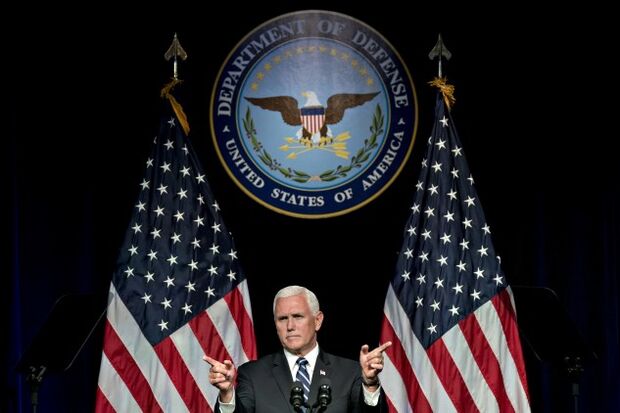 Inhofe indicated he supports Space Force in late August but, unlike the House version (H.R. 2500), the Senate’s defense bill doesn’t explicitly call for adding it as a separate and equal service branch in Title 10 of U.S. code, which enumerates the existing services.

The Pentagon has requested it be authorized as the first new service branch since the Air Force was created in 1947. The plan calls for the Space Force to be located inside the Department of the Air Force, mirroring the relationship between the Marine Corps and the Navy.

A defense official said the Senate remains concerned over the $3.6 billion Space Force cost estimated by the Congressional Research Service in June.

The high price tag and the desire to keep costs down is a top concern of senators, the official said. They do not want to see a large staff, new buildings and new uniforms, the official added.

Meanwhile, the Navy is planning a new “ghost fleet” of unmanned ships to compete with the growing maritime prowess of China. It plans to spend $5 billion over the next six years on 10 of the drone ships, which could be as long as 300 feet.

But the Senate bill would only authorize $135 million of the $373 million the service requested for fiscal 2020 to get the program started. Vought urged Inhofe to include the full amount in the defense bill to begin needed testing.

“These are critical experimentation vessels with modular payloads to reduce risk, conduct integration and testing of payloads, and develop Navy tactics and concepts of operations,” according to the letter.

The Pentagon’s pursuit of a new space-based sensor layer to protect the country against missile attacks could also be set back by the Senate bill, the White House said. The measure requires design work to be done by the Missile Defense Agency but the Pentagon set up the new Space Development Agency in March specifically to design the sensor layer.

The legislation would “restrict DOD’s ability to design the most cost-effective solution,” the letter said.

Roxana Tiron in Washington also contributed to this story.