House Democrats plan to unveil two articles of impeachment against President Donald Trump today — one on abuse of power and the other involving obstruction of Congress, according to four people familiar with the proceedings.

The Democrats could add additional articles on obstruction, added the people, who were granted anonymity to discuss the matter.

The leaders of the committees running the impeachment will announce their next steps during a news conference scheduled for 9 a.m., Speaker Nancy Pelosi (D-Calif.) said late yesterday in a statement.

It became apparent yesterday that the Democrats are headed toward tightly drawn articles of impeachment.

The focus of a hearing by the House Judiciary Committee yesterday suggested less interest in pursuing a bribery charge or drawing heavily from material compiled by former Special Counsel Robert Mueller’s investigation of Russian election interference. The hearing, which featured the counsels for Republicans and Democrats presenting dueling interpretations of testimony from witnesses over weeks of public hearings, was a prelude to the expected drafting of articles of impeachment later this week.

That likely would lead to a party line vote of the full House the following week that would make Trump only the third U.S. president to be impeached. He is all but certain to be acquitted in the Senate, where Republicans hold a majority. Read more from Billy House. 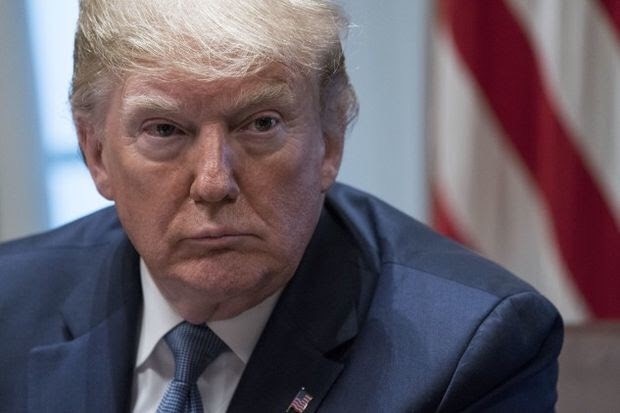 White House Plans to Sign USMCA Trade Deal: Trump’s administration plans to sign off on adjustments to a free-trade deal with Mexico and Canada today, according to two officials, easing the path for a vote in the House as soon as next week. U.S. Trade Representative Robert Lighthizer and presidential adviser Jared Kushner will travel to Mexico City today to finalize the addendum with the changes, according to the two officials familiar with the plan. Canada’s Deputy Prime Minister Chrystia Freeland is also heading to the Mexican capital.

The move comes after Trump secured approval from Richard Trumka, head of U.S. labor federation AFL-CIO, for the changes to the agreement, according to three administration officials. The compromise deal was hammered by Lighthizer, Speaker Nancy Pelosi (D-Calif.) and the Mexican government, the officials said. Read more from Jennifer Jacobs, Erik Wasson, Josh Wingrove and Jenny Leonard.

Defense Policy Bill Winners: The Pentagon would be allowed to install low-yield nuclear weapons on submarines and buy as many as 90 Lockheed Martin F-35 Joint Strike Fighters under a compromise defense authorization measure headed for a House vote this week. House Democrats gave up on several of their priorities to reach an agreement with Senate Republicans. Among these: lifting a ban on transgender people serving in the military, demanding congressional war authorization before any operations against Iran, closing the military prison at Guantanamo Bay, Cuba, and blocking the president from using military construction funds to build a border wall. Read more from Roxana Tiron.

Deal to Fund Black Colleges Set for Vote: A bill to extend funding for historically black colleges and other minority-serving institutions is set for a House vote today, and includes language similar to a Senate-passed provision meant to streamline applications for federal student aid. House leaders scheduled the bill for action under suspension of the rules, an expedited process that requires a two-thirds majority. Read more from Andrew Kreighbaum.

Over-the-Counter Drug Bill: The Senate is scheduled to vote today on legislation that would overhaul how over-the-counter medicines such as aspirin are regulated. The bill is championed by retiring Sen. Johnny Isakson (R-Ga.), and lawmakers had earlier said they would bring it up out of respect for the departing lawmaker, Alex Ruoff has reported.

The over-the-counter bill was advanced by the Senate Health, Education, Labor and Pensions Committee on Nov. 5. The measure aims to modify how nonprescription drugs, everything from Tylenol to sunscreen, are overseen by the FDA, a process created 45 years ago. The measure looks to speed up the process by which FDA reviews these products and creates new user fees to support the changes. “It is past time to modernize and overhaul our woefully outdated over-the-counter drug approval process,” Isakson said in a previous statement.

Openly Gay Ninth Circuit Nominee Poised for Confirmation: An openly gay prosecutor who aided efforts to appoint Neil Gorsuch to the Supreme Court and consulted on the Trump administration’s zero tolerance Southern border policy is one of two nominees likely to be confirmed to the nation’s largest appeals court this week. A confirmation vote is planned today on Patrick Bumatay’s selection to the U.S. Court of Appeals for the Ninth Circuit after the Senate yesterday voted to invoke cloture, or end debate on his nomination.

The Republican-led Senate is in an all-out push to confirm more judges. It cleared eight district judges last week, bringing the total of Trump appointments to district and circuit courts to 170. That total includes Gorsuch and Brett Kavanaugh to the high court. Trump previously said he aims to have 183 federal judges appointed by the end of the year. Read more from Madison Alder.

Congress Flexes Foreign-Policy Muscle: Trump will face a more assertive Congress on foreign policy as he fights off impeachment and seeks re-election, with lawmakers pushing legislation at odds with his priorities and personal style on the global stage. This will be on full display tomorrow when the Republican-led Senate Foreign Relations Committee considers sanctions on Turkey and Russia, both countries that Trump has tried to court despite Congress’s wariness. The panel has also been the driving force behind two recent laws to support Hong Kong protesters, which Trump reluctantly signed despite Chinese threats of retaliation.

In recent months, the Senate’s GOP majority has been more likely to agree with House Democrats on foreign policy than with the Trump administration. Even the president’s closest allies in Congress criticized him for withdrawing American troops from Syria, inviting Turkish President Recep Tayyip Erdogan to the White House and selling arms to Saudi Arabia. Read more from Daniel Flatley.

Retired Boeing Manager to Testify on Max: A former Boeing manager who raised concerns about poor-quality production of the 737 Max will testify tomorrow before a House committee investigating safety issues raised by two fatal crashes involving the plane. Ed Pierson warned senior Boeing colleagues in 2018 about what he said were overworked employees and repeated quality issues in building the newest model of 737s.

Pierson has been added to the witness list for tomorrow’s hearing by the House Transportation & Infrastructure Committee. He will be joined on the panel by retired FAA official G. Michael Collins as well as Mica Endsley, a retired Air Force chief scientist and an expert on human factors; and John Cox, a former 737 pilot who is president of the aviation consulting company Safety Operating Systems. Read more from Alan Levin and Ryan Beene.

TikTok Postpones Meetings With Senators: Executives from TikTok, the mobile-video app owned by Chinese tech giant ByteDance Inc., have canceled a number of scheduled meetings with U.S. senators in Washington his week. The app, which is popular with kids and teenagers, has been under pressure from politicians who are worried about its data-security and user-privacy practices. Sens. Marsha Blackburn (R-Tenn.), and Josh Hawley (R-Mo.), both tweeted yesterday that their scheduled meetings had been canceled.Read more from Kurt Wagner.

Bloomberg Becomes Top Spender on Political Ads: Michael Bloomberg is now the top spender on political commercials this year, outpacing fellow billionaire Tom Steyer and other candidates who have been in the presidential race for months. Bloomberg’s presidential campaign bought an additional $25.2 million in television advertising on Monday. He joined the Democratic 2020 campaign on Nov. 24. Read more from Bill Allison. Bloomberg is the majority owner of Bloomberg Government’s parent company.

McKinsey Releases Buttigieg From Nondisclosure: McKinsey & Co said yesterday it would release Pete Buttigieg from a nondisclosure agreement preventing him from naming the clients he worked for as a consultant at the firm from 2007 to 2010. In a statement, a spokesman for McKinsey, who refused to be identified, said the company would allow Buttigieg to release the names because of the “unique circumstances presented by a presidential campaign.” Read more from Emma Kinery.

Collins Barred From Corporate Boards: Former Rep. Chris Collins (R-N.Y.) was permanently barred from serving as an officer or a director of a public company by the Securities and Exchange Commission after the scandal-ridden Republican lawmaker pleaded guilty to criminal insider trading charges in October. Collins, who represented a district in Western New York, was charged last year with tipping his son, Cameron, to negative results from a clinical trial by Innate Immunotherapeutics. Read more from Matt Robinson.

Trump to Meet With Russia’s Lavrov: Trump will meet with Russian Foreign Minister Sergei Lavrov today, a discussion certain to draw scrutiny given Trump’s history with the Kremlin envoy. A senior administration official said Trump and Secretary of State Michael Pompeo will discuss the state of the bilateral relationship with Lavrov. Russia’s Foreign Ministry announced that Lavrov would meet Trump hours before the White House confirmed it.

Lavrov is making his first visit to Washington since a trip in 2017 set off a storm of criticism. Trump told Lavrov in an Oval Office meeting that he had relieved pressure from an investigation into his dealings with Russia by firing James Comey as FBI director, according to Special Counsel Robert Mueller’s report. Read more from Stepan Kravchenko and Jordan Fabian.

No Bias or Spying on Trump, But 17 FBI Mistakes: Justice Department Inspector General Michael Horowitz released a long-anticipated report yesterday into the FBI’s investigation in 2016 of people associated with Trump’s presidential campaign. The report provides a rare, extensive view into the FBI’s investigative work, from deciding to open the investigation in the first place to using confidential informants and obtaining secret warrants to conduct surveillance. Chris Strohm has some of the key takeaways from the investigation, which lasted almost two years and culminated in a 434-page report.

Facebook Probe Should Look to Privacy, FTC Democrat Urges States: A Democratic member on the Federal Trade Commission urged states investigating Facebook to examine whether the company disregarded earlier promises to protect privacy in order to perpetuate its dominance in violation of antitrust laws. “Now, the ball really is in your court,” Commissioner Rohit Chopra told state attorneys general meeting in Washington yesterday. The company faces an inquiry by 45 states who are looking into both competition and data-protection issues, as well as an FTC antitrust investigation and a potential Justice Department probe.

Facebook agreed in July to pay $5 billion and add a privacy committee to its board of directors to settle FTC’s claims that it mishandled privacy. Chopra dissented saying the settlement didn’t go far enough. The separate antitrust probe is ongoing. Read more from Ben Brody and Erik Larson.

Liberal Justices Mum on Kentucky Abortion Law: Silence from the liberal majority on the U.S. Supreme Court’s decision to let stand a restrictive abortion law in Kentucky may have been strategic. The justices are scheduled to hear arguments on another abortion case in the new year challenging a Louisiana law that requires doctors who perform abortions to have admitting privileges at a local hospital. The liberal members’ decision not to comment or publish a dissent yesterday on the Kentucky case could signal the justices are working to gain a fifth vote for their position in that later dispute, court watchers say.

In refusing to review the Kentucky case, the justices left standing a law that requires doctors to display the ultrasound image, provide patients with a graphic description of the fetus, and make the fetal heartbeat audible before performing an abortion. Read more from Lydia Wheeler.