If Rep. Tom Graves had a magic wand to fix one aspect of Congress, he would make lawmakers and their families live in Washington and get to know each other.

Graves (R-Ga.) might not have a magic wand, or the power to convince his co-workers to move their families to pricey homes in the Washington area. But he’s vice chair of the Select Committee on the Modernization of Congress, a year-long endeavor to improve the operations of an institution once ranked more unfavorable than cockroaches, root canals and traffic jams.

To help increase both efficiency and civility, the committee is considering tweaking the calendar to keep members in town over some weekends in hopes of fostering more bipartisan relationships. It’s an old-fashioned idea that stands in contrast to other panel recommendations that have focused on yanking Capitol Hill more fully into the internet era.

Committee Chairman Derek Kilmer (D-Wash.) said the panel was debating how long Congress should be in town and how to make sure members didn’t have overlapping hearings.

One option would have lawmakers come to town on a Monday night—as they often do now—but instead of leaving after a few days, they would work later on Friday, stay in the Capital over the weekend and, then begin again on Monday morning and work throughout the week. After two weeks on the hill, the lawmakers would spend two weeks back in their districts.

Kilmer said the plan would give lawmakers more time in their districts and in Congress and less time traveling between the two destinations. The House’s 2019 schedule called for 130 days in Washington.

“I’m not saying the committee is going to recommend that,” Kilmer said. “But there’s been conversation about that including at our member day.”

For Kilmer, part of the allure of staying in town longer is allowing lawmakers to spend more time learning about issues and crafting legislation, rather than quickly slipping in and out of hearings, events, and fundraising campaigns in attempts to stuff the maximize the number of activities into a truncated Washington week.

The calendar is one of several issues the select committee has left to consider before the end of the year, along with rules of the House and the appropriations process. The committee already approved 29 recommendations on updating technology to retaining experienced staffers to ensuring orientation for lawmakers is bipartisan. At recent hearing, lawmakers and witnesses discussed bringing back earmarks and writing two-year budget resolutions as ways to help avert government shutdowns.

The committee’s mandate doesn’t cover some of the larger issues driving partisanship Washington, such as party leaders gaining more power, the necessity of fundraising, and a polarized electorate. But the select committee made up of six Democrats and six Republicans are hoping smaller changes, like the schedule, can have a ripple effect on larger challenges, like bipartisanship.

Changing the calendar wouldn’t get at the heart of the issues of tribalism and partisanship, said Norman Ornstein, a resident scholar at the American Enterprise Institute. Ornstein has advocated for lawmakers spending three weeks in Washington with one week back home in their districts. His plan includes making it easier for lawmakers to have a second home in the district and would ban lawmakers from fundraising during the time they are in Washington.

Ornstein isn’t expecting lawmakers to take up his plan, but even if they did, it still wouldn’t alleviate the pressure lawmakers are under to put party loyalty above compromise.

“There are a lot of things that need to be done,” he said. “But none of them get to the core problem at this point.” 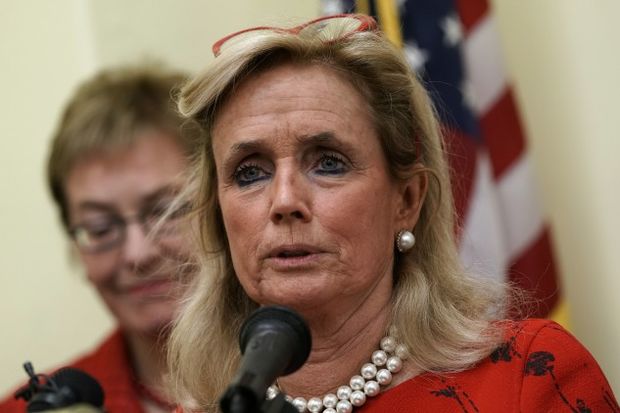 “The social interactions are terribly important,” said Lee Hamilton, an Indiana Democrat who served in Congress from 1965 to 1999. “Building a consensus is very, very hard work, and it’s almost impossible if you think the other guy is a son of a bitch.”

“On the other hand,” he added, “If you know his wife and you know his kids and you go to church together and see each other at the club, that lubricates the whole process.”

Hamilton sees the schedule as only part of the reason lawmakers don’t interact as much as they used to. It’s now easier for members on the West Coast to fly to Washington and back. Lawmakers also have to spend a significant chunk of time fundraising, which leads to little free time while they are in Washington.

Rep. Debbie Dingell (D-Mich.) remembers when it was more common for lawmakers of different parties to get to know each other decades ago. Dingell has long been familiar with how lawmakers operate in Washington—before she was elected in 2014, she was a lobbyist for General Motors Co. She married Rep. John Dingell (D-Mich.), the longest serving member in the House who died in February.

“People don’t get to know each other the way they once did,” she said. “That has contributed to what is happening.”

Yet, Dingell said she’s often the the first one leaving Washington when legislative business is done to get back to her constituents in Detroit. It’s important for her to be physically present with her constituents, and she doubts other lawmakers want to spend weekends in Washington.

“Nobody’s gonna want to do that,” she said. “The reality is, the world has changed and we gotta go home.”