A federal judge eased the way for watchdog groups to bypass a gridlocked Federal Election Commission in a decision allowing a lawsuit seeking to unmask secret donors to a major Republican campaign spending organization.

Federal District Judge Christopher Cooper said the watchdog Citizens for Responsibility and Ethics in Washington (CREW) can pursue an unusual “citizen suit” against the nonprofit American Action Network (AAN). The self-described “action tank” has spent tens of millions of dollars aiding Republican congressional candidates but never has revealed any of its donors.

`Action Tank’ Should Have to Reveal Secret Donors, Watchdog Says

The Federal Election Campaign Act allows court challenges when the evenly divided FEC splits along party lines and dismisses an enforcement complaint. This can be an effective way to enforce the law if the commission won’t act, the judge said, denying a motion to dismiss CREW’s lawsuit. The commission twice dismissed the watchdog group’s complaints against AAN.

In his decision handed down Monday, Cooper recalled an old Washington joke that the FEC “is the only government agency that does exactly what Congress designed it to do: nothing.”

Cooper said the CREW challenge was the first suit to be filed under FECA’s citizen-suit provision, which was added to the law in 1974.

The FEC has been notoriously gridlocked for years, and since the end of August, the commission has been unable to even vote on enforcement matters due to a lack of a quorum of least four commissioners. 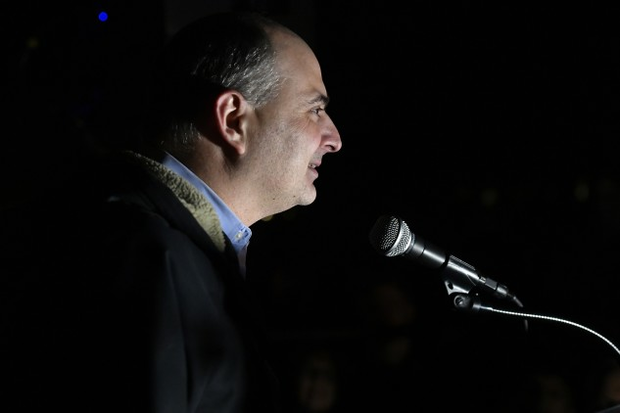 CREW’s lawsuit claims AAN is a political action committee required to report its donors. It’s one of numerous court challenges brought by the watchdog seeking enforcement of disclosure rules.

CREW Executive Director Noah Bookbinder said the court ruling in CREW’s favor was an “unprecedented decision and a major victory in the fight to ensure that we know as much as the law requires who is spending money to influence our political decisions.”

Zach Hunter, the vice president of American Action Network, called CREW “a partisan organization with the sole mission of silencing conservative speech.” Hunter said AAN disagrees with the district court ruling and would “continue fighting to preserve our free speech and right to promote center-right policies in accordance with the law.”

AAN reported just under $50 million in independent campaign expenditures from 2010 through the 2016 elections. The money was spent mainly on TV ads backing House Republicans in key races.

The nonprofit group said that much of its spending was for TV ads focused on influencing legislation, not elections, and Republican FEC commissioners agreed. Cooper said, however, that the claim “blinks reality” and concluded the ads were clearly designed to help elect or defeat particular congressional candidates.

Following the 2016 elections, AAN stopped making independent expenditures to influence elections and instead provided money to a super PAC linked to House Republican leaders called the Congressional Leadership Fund. The nonprofit group provided nearly $25 million to the Republican super PAC during the 2018 midterms and has given an additional $3.5 million so far in the 2020 election cycle.

To contact the editors responsible for this story: Bennett Roth at broth@bgov.com; Loren Duggan at lduggan@bgov.com