Burns and other executives from companies that make vaping products gave mainly to Republicans so far this year as the industry attempts to ward off legislation some worry may stymie their growing profits.

Todd Walker, an executive with Altria Group Inc., which has a stake in Juul, similarly gave more than $37,000 of his money largely to Republicans including House Minority Whip Steve Scalise (La.) and Minority Leader Kevin McCarthy (Calif.). 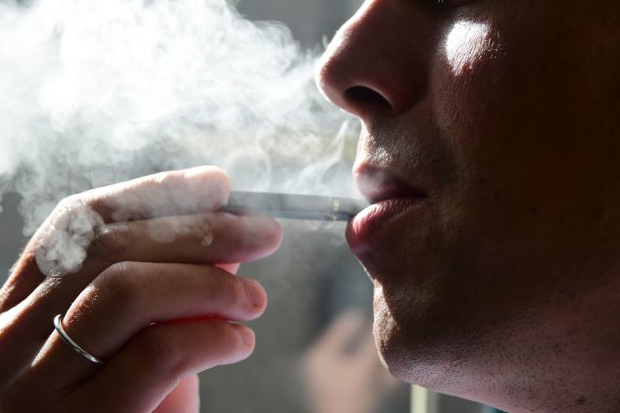 The Trump administration has moved to restrict the sale of flavored vape products, fearing it is fueling the rise in youth use, and lawmakers in Congress are mulling raising the age to buy tobacco and vaping products to 21 as well as restricting some flavored products.

Vaping has been touted as a way for adult smokers to safely quit cigarettes, but a combination of candy-like flavorings, easy-to-conceal design, and social-media marketing has also lured minors to the products.

Fueling concerns is a mysterious lung illness found in more than 1,000 people, most of them vapers. The number of lung injury cases reported by the Centers for Disease Control rose this month to 1,479, with 33 deaths related to the illness. About 16% of those who contracted the illness were younger than 18 and the majority reported using vaping products.

Early Signs of Vaping Health Risks Were Missed or Ignored

“They probably see the Republicans as their best bet for winning their battles,” said Fred Wertheimer, a long-time proponent of campaign finance reform and founder of a government ethics nonprofit.

Republicans in general are less eager to create new regulations for industry, he said.

Wertheimer said company-affiliated political action committees typically give to both parties to ensure their lobbyists can get access to lawmakers but executives often give hoping to influence certain members of Congress.

A spokesman for JUUL said the company’s PAC gives to candidates “on both sides of the aisle who understand our mission and support our issues.” The company’s PAC is run by a board of directors who approve all donations. There was no answer at a telephone number affiliated with the address for Burns.

An Altria spokesman similarly said its PAC supports candidates “who understand the legislative and regulatory issues that are important to all of our operating companies.”

McCarthy, who as leader of the minority is charged with raising funds to help Republicans retake the House, has been the largest beneficiary of e-cigarette company PAC and executive giving, FEC data show.

Political action committees affiliated with vaping companies, meanwhile, have spread their giving out to candidates and committees on both sides of the aisle, according to FEC records. Altria and Juul PACs have given more than $600,000 to various candidates this year.

A PAC affiliated with Reynolds American Inc., a tobacco company that has an e-cigarette spin-off, gave the bulk of its $240,000 in campaign contributions this year to Republicans. A PAC associated with McCarthy was given $30,000 and the RNC and NRSC each got $15,000.

Altria’s PAC also gave $5,000 each to dozens of candidates, including the Republican leader McCarthy and House Ways and Means Chairman Richard Neal (D-Mass.), as well as a committee to support moderate Blue Dog Democrats. The Ways and Means Committee panel is scrutinizing vaping.

Juul’s PAC did the same, giving $5,000 each to the campaigns for Sen. Jeanne Shaheen (D-N.H.) and Rep. Cedric Richmond (D-La.), former chairman of the Congressional Black Caucus, as well as the Republican Party of Kentucky and other committees.