The Justice Department is likely to continue its aggressive crack down on illegal foreign lobbying activity despite a recent defeat in its case against Gregory Craig, attorneys say.

Craig was acquitted Sept. 4 on a felony false statements charge tied to work he performed for the Ukrainian government while a partner at Skadden, Arps, Slate, Meagher & Flom LLP. The former White House counsel for President Barack Obama was indicted earlier this year on allegations of misleading Justice Department officials about Skadden’s project to avoid registering as an agent of Ukraine.

“This particular prosecution got whittled down to a point where it sort of fell apart, but the issue of foreign influence in our politics is as acute as ever,” said Caleb Burns, a partner at Wiley Rein LLP. Burns said he sees “no reason why the department would back off on prosecuting” violations of the Foreign Agents Registration Act (FARA).

“The alarm has been sounded and people are listening,” he added. 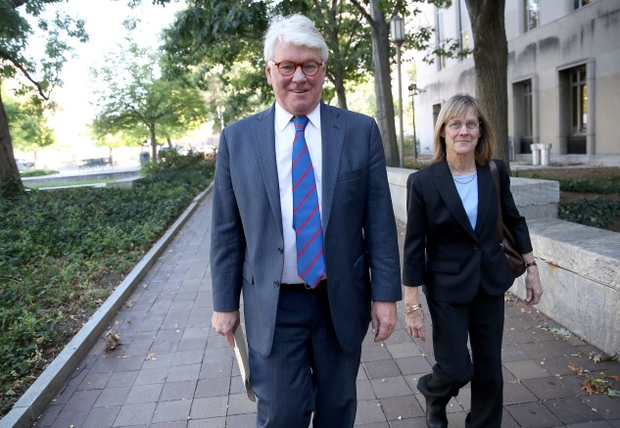 The case against Craig highlighted the limitations the Justice Department can encounter in its pursuit of foreign lobbying charges.

FARA doesn’t give the department’s foreign lobbying unit authority to use investigative demand letters or subpoenas to obtain information from the targets of those investigations, making it difficult to gather and present enough evidence on its own to a grand jury, said Claire Finkelstein, a professor at the University of Pennsylvania Law School.

Government watchdogs, such as Public Citizen’s Craig Holman, say prosecutors had the facts to win Craig’s case, but the law’s murky language — which hasn’t been updated since its enactment in 1938 — has allowed would-be foreign agents to avoid filing disclosures.

A statute of limitations issue narrowed the facts the jury could consider during deliberation, a constraint that at least one juror has said made a difference in the case’s ultimate outcome.

Holman hopes that Craig’s acquittal prompts the Justice Department to seek changes to FARA to better define the law’s requirements. Currently, department lawyers only issue advisory opinions on a case-by-case basis, and only recently began making those documents public.

“It’s a pretty obvious dilemma the department is in,” Holman said. “They want to enforce the law, but they won’t explain to everybody what the law really is.”

Justice Department Spokesman Marc Raimondi, in an emailed statement, said FARA “remains an enforcement priority,” and that the department “continually works with Congressional staff to answer questions about existing authorities and to provide technical assistance on their proposals.”

He also said the Justice Department is “always looking for ways our authorities might be improved, and if we find them, we’ll pursue appropriate Administration clearance to propose them.”

The most lasting impact on U.S. FARA enforcement may have come before the trial even began.

“It’s a really serious blow to the possibility of FARA enforcement,” Finkelstein said. “This means you have a statue that’s not clear enough and not specific enough to place any weight on. It might be more difficult to pursue these prosecutions down the road.”

Aggressive FARA enforcement is a recent phenomenon. Between 1966 and 2015, there were only seven FARA prosecutions, and only four guilty pleas or convictions in the mid-2000s and early 2010s. In those cases, the charges were tied to other crimes, like espionage, conspiracy or money laundering.

The Justice Department in 2016 suggested it would be more aggressive in pursuing non-compliance of the law, which was crafted in the 1930s to combat Nazi propaganda in the U.S.

The department also secured a historic $4.6 million civil settlement with Skadden for its unregistered work for Ukraine in 2012—the same work at issue in Craig’s prosecution. Skadden was hired by the Russia-aligned government of former Ukrainian president Viktor Yanukovych to produce a report on the prosecution of the country’s ex-prime minister, Yulia Tymoshenko.

Prosecutors alleged that Craig, who spearheaded Skadden’s investigation into the Tymoshenko trial, hid key details about the media rollout of its report during communications with the department’s FARA Unit.

The FARA Unit initially determined that Skadden needed to register as a Ukrainian agent, but, after new representations made by Craig, it reversed its decision. This engagement resurfaced during Special Counsel Robert Mueller’s probe of Russian interference in the 2016 election, leading to Craig’s indictment and the firm’s settlement.

Even though prosecutors didn’t persuade jurors to convict Craig, the time and resources they poured into the case appear to signal that foreign lobbying enforcement isn’t on the downturn.

“DOJ may be more circumspect about what hyper-specific charges they file, but the larger enforcement position remains unchanged,” said Joshua Ian Rosenstein, a partner at Sandler Reiff Lamb Rosenstein & Birkenstock P.C., which specializes in lobbying compliance. “You can’t put the toothpaste back in the tube.”

Compliance attorneys have noted that the FARA Unit has been more proactive in sending out inquiry letters to entities they believe should register—rather than waiting to see if they do.

New, primary FARA registrants published by the Justice Department increased 46% between 2016 and 2017, the year Mueller became special counsel and began his investigation. This year’s new registrants —93 as of Sept. 6— are on track to exceed the 113 in 2018.

“They want a win and need a win,” said Scott Thomas, a former Federal Election Commission chairman who now leads Blank Rome LLP’s political practice. “I wouldn’t bank on them backing off and reducing the number of prosecutions they bring.”

To contact the editors responsible for this story: Seth Stern at sstern@bloomberglaw.com; Adam Schank at aschank@bgov.com