The government’s property manager said that President Donald Trump “had no involvement’’ in the FBI’s decision to keep its headquarters near the Trump International Hotel in Washington but declined to say if he voiced any preference on the agency’s choice.

Emily Murphy, the General Services Administration’s head, told a House panel that the FBI made its decision to raze and replace the dilapidated J. Edgar Hoover Building more than two weeks before she and top Justice Department officials met with Trump to discuss how the project would be financed.

Trump’s financial interest in the nearby hotel had no influence influence on the decision, she told the House Appropriations Financial Services Subcommittee.

“None whatsoever,’’ she said. “To the best of my knowledge there was no discussion of the Trump Hotel’’ in connection keeping the FBI headquarters at the downtown Washington location, barely a block from the Trump Hotel. 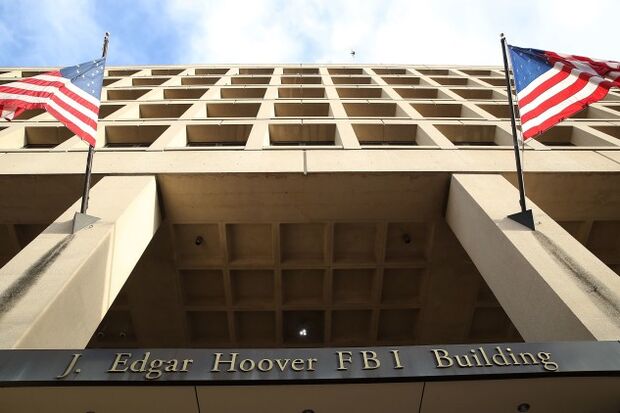 The House subcommittee is one of three investigating whether Trump was motivated to prevent a rival hotel from being built on the FBI site. Trump had raised the possibility of bidding on that site before running for president.

The Trump International is located inside the historic Old Post Office, which the Trump Organization leased from the U.S. government in 2013 for 60 years.

Murphy said that FBI Director Christopher Wray told her at a Jan. 4, 2018, meeting that he’d decided to cancel decade-old plans to build a campus headquarters in suburban Virginia or Maryland in favor of constructing a new building to house the bureau’s leadership at the current location, across the street from the Justice Department on Pennsylvania Avenue.

Their meeting took place before Trump convened an Oval Office session on Jan. 24 to discuss how to finance the new headquarters project, Murphy said.

Murphy said she and Wray briefed then-Budget Director Mick Mulvaney and White House Chief of Staff John Kelly, and the decision was formalized in a White House meeting shortly before the top officials met with Trump.

Subcommittee Chairman Mike Quigley (D-Ill.) told reporters after the hearing that further investigation is needed because “this is an extraordinary coincidence that Director Wray decided he would make this change in a short time frame.”

To buttress his suspicion that the president’s financial interests influenced the decision, Quigley cited a chain of emails, released last year, written after the Oval Office meeting in which officials referred to Trump delivering orders to execute the plan.

The GSA chief declined to answer Quigley’s query about whether Trump or other White House officials expressed their views about scrapping the FBI’s longstanding plan to build a suburban headquarters. She cited the confidentiality of discussions with the president or his aides.

“We just don’t discuss conversations between the heads of the agency, the president and senior White House advisers,’’ Murphy responded. The chairman complained that Murphy was asserting a executive privilege when the president had not done so. 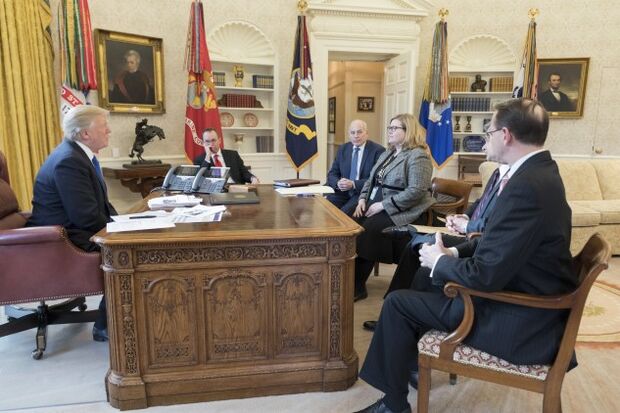 Investigators for all three subcommittees will review 2,500 documents that the Trump administration turned over to Congress last night in response to a request for information about the FBI headquarters that House Democrats first made last October.

Ranking Member Tom Graves (R-Ga.) voiced skepticism about the Democrats’ suspicions of undue influence. “It’s less about a president trying to block a private entity trying to build on Pennsylvania Avenue than a new FBI director who has a different vision and wants to do something different,” Graves said.

Trump’s continuing financial interest in the five-star hotel the Trump Organization operates on government property is being challenged in separate lawsuits by a group of Democratic lawmakers and the attorneys general of Maryland and the District of Columbia. The lawsuits contend that Trump’s share of profits violates the Constitution’s emoluments clauses that bar him from receiving any payments other than his salary from the government or money from foreign governments, whose representatives stay in the hotel.

To contact the editors responsible for this story: Bennett Roth at broth@bgov.com; Jodie Morris at jmorris@bgov.com