Last-minute presidential visits will show whether Donald Trump is popular enough in two southern states to drive turnout in next week’s elections for governor.

Trump plans an election-eve push for Kentucky incumbent Matt Bevin (R), who holds the lowest approval rating among all governors.

The Democratic challenger, state Attorney General Andy Beshear, has been loath to even mention Trump’s name in a state the president carried with 62.5% of the vote in 2016. Instead, Beshear has focused on Bevin’s tax policy and character.

“Tate Reeves has failed miserably to inspire or excite even his own supporters. Tate Reeves can’t hold his own in this race, so he’s looking for someone to hold his hand,” Hood said in a statement.

In addition to the Trump rally, Reeves is getting an eleventh-hour visit from Vice President Mike Pence.

Hood led in early opinion polls. That race has now tightened, with those surveyed more recently tilting toward Reeves, according to RealClearPolitics and FiveThirtyEight.com. Democrats also have done well in opinion polls in Kentucky and Louisiana, which will elect its governor Nov. 16. 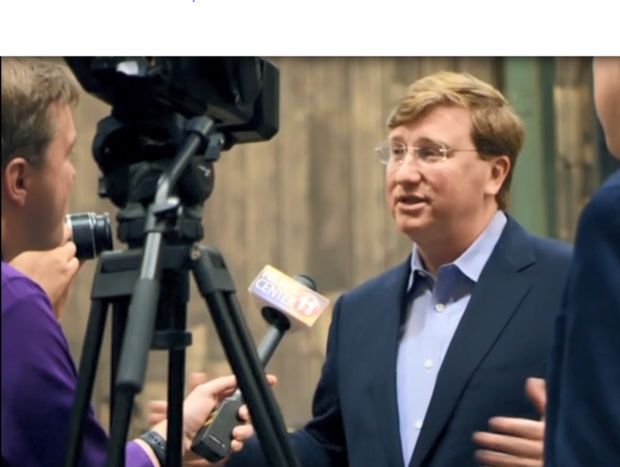 “It’s evidence that people don’t have to vote, and if they’re unenthusiastic enough about the candidate they otherwise might have preferred, there’s no ruling out that they just might stay home,” he said. “People aren’t that aware politically—we can’t assume they’re sitting at home with an issue checklist.”

Kentucky is one of the poorest states in the country, with precarious finances. The state dedicates roughly 15 percent of its budget to paying down unfunded pension liabilities estimated at more than $40 billion.

Ads from Bevin and his supporters discuss his record levels of contributions to the state pension system, and business investment while he’s been governor, which according to state data is $22.3 billion. 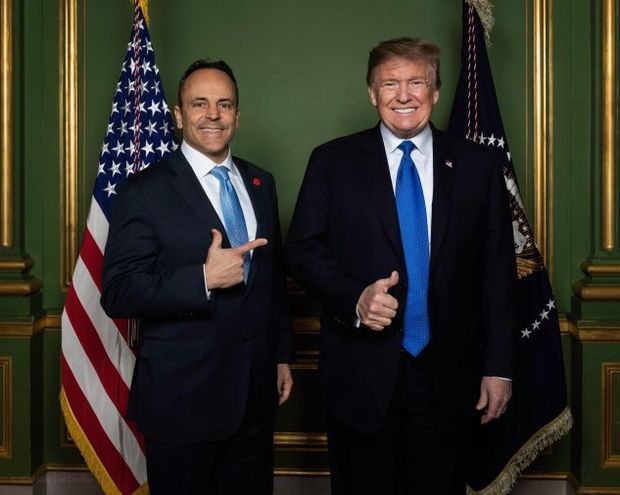 He’s gone as far as putting up billboards near the Illinois/Kentucky border coaxing businesses to ditch their state with its 7% income tax and relocate to Kentucky, which has a new flat 5% tax, and he’s pledged to continue reducing income taxes and increasing the number of services subject to sales tax.

Beshear’s solution is the opposite: more revenue.

He advocates for expanded gambling; opening the state to sports betting; allowing and taxing medical marijuana; and ending some tax expenditures. He argues that his proposals would raise more than $500 million that could be used to pay down the state worker retirement obligations.

Voters following the campaign on television have seen ads attacking both candidates’ economic policies and their character. Some of the negative ads highlight Bevin’s remarks about teachers who protested his policies. Others criticize Beshear’s former legal career at a firm that represented Purdue Pharma.

In an Oct. 28 debate, Beshear accused Bevin of trying to cover up his insults against teachers, and Bevin told his rival, “You seem to not want poor people to work. I don’t have the same bigotry for poor people that you do.”

Bevin: “You have none of the above.” 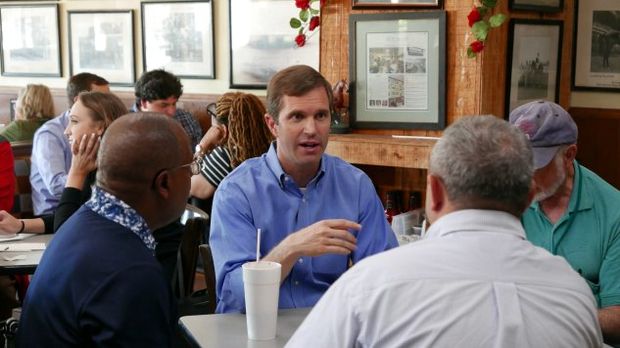 Beshear and his supporters have slightly outspent the groups backing Bevin, according to data compiled by the tracking firm Advertising Analytics. Total spending has topped $29 million.

Most of the ads (more than $16 million) have run in Kentucky’s two largest cities, Louisville and Lexingon, where Beshear needs large Democratic turnout to oust Bevin in a state that has Republican supermajorities in the legislature.

“The most interesting thing overall is the way the Democrats have been allowed to stay in a race that by every other measure they should lose by 15 points,” said Jordan Harris, executive director of the Pegasus Institute, a conservative Kentucky think tank.

“One of the conundrums to me is why Bevin, who is unpopular as his is, has a demeanor that is similar to Trump, but he never gets the same benefit of the doubt,” Harris said.

The other gubernatorial election Tuesday started off with both Republicans and Democrats attempting to showcase their “Mississippi values” in ads that heavily featured trucks, God, guns and pledges to keep taxes low.

“I bait my own hook. Carry my own gun. Drive my own truck,” Hood says in another ad criticizing some of Reeves’s travels while in office.

In striking parallels to pro-Bevin ads, Reeves paints Hood as an ally of “the radical liberal resistance” against Trump, and he has raised questions about Hood’s relationships with private trial lawyers whom the attorney general’s office has hired to handle major lawsuits for the state. Reeves also opposes any Medicaid expansion or raising the state’s gasoline tax, one of the lowest nationwide, to pay for bridge and highway repairs.

While the Mississippi candidates fight on, a federal judge is weighing a landmark lawsuit alleging that a unique feature of the state’s Constitution disenfranchises black voters.

A candidate seeking statewide office in Mississippi must win a majority of House districts, not just the most votes overall. If not, the House decides the election.

The Mississippi House and the state Senate currently are controlled by the GOP. The lawsuit’s seven black plaintiffs argue the constitutional provision, enacted in the 1890s, aims to suppress black voting strength.

Oral arguments were held in the case on Oct. 11. Mississippi’s secretary of state has said the lawsuit was “about partisan politics” and not about race, and he has argued in court filings that there’s no evidence of substantial harm to the plaintiffs if Judge Daniel Jordan III of the Southern District of Mississippi doesn’t rule before the Nov. 5 general election.

With the provision in force, Hood could win the popular vote yet fall short in enough House districts to throw the ultimate decision on who’s the next governor to a Republican-controlled state House.

To contact the editors responsible for this story: Katherine Rizzo at krizzo@bgov.com; Robin Meszoly at rmeszoly@bgov.com