House Democrats from districts that favored President Donald Trump in 2016 have amassed big campaign treasuries as they prepare for competitive re-election bids.

Of the 30 Democrats seeking re-election from areas Trump won in 2016, 22 had more than $1 million in their campaign fund and all but three banked at least $750,000 at the end of this year’s third quarter, according to a Bloomberg Government review of Federal Election Commission reports due yesterday.

Swing-district Democrats are key to the party defending its majority in the November 2020 election. The 30 Democrats include 22 freshmen, of whom 20 won districts from Republican control in the 2018 election. Democrats control 235 House seats, or 17 more than a bare majority of 218 in the 435-seat House.

The best-funded Democrats in this bloc are two-term Rep. Josh Gottheimer (N.J.), $6.4 million, who serves on the Financial Services Committee and is a co-chairman of the Problem Solvers Caucus that encourages bipartisanship; 12-term Rep. Ron Kind (Wis.), $2.8 million, a member of the tax-writing Ways and Means Committee; and four-term Rep. Cheri Bustos (Ill.), $2.7 million, who’s helping lead the effort to re-elect Trump-district Democrats as chairwoman of the Democratic Congressional Campaign Committee. 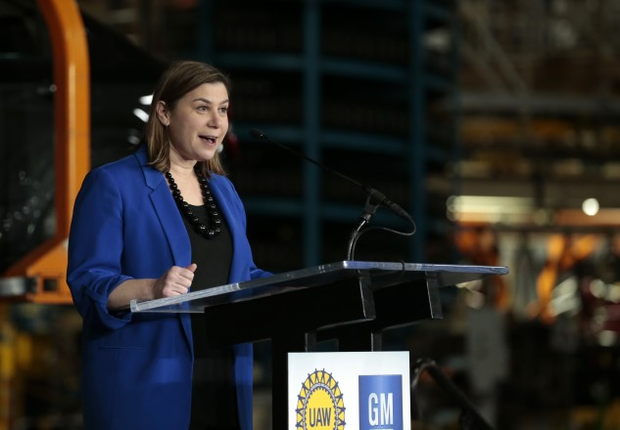 New York Assemblywoman Nicole Malliotakis, a Republican opposing Rose in a Staten Island-Brooklyn district Trump won by 10 percentage points, is one of the best-funded House challengers, with $600,000 cash-on-hand. Incumbents generally outraise their challengers.

The National Republican Congressional Committee, the campaign arm of House Republicans, is targeting all of the Trump-district Democrats for defeat in 2020. The DCCC included most of them on its list of “Frontline” Democrats it anticipates will have very competitive races in 2020.

These districts have also been a focus of early political advertising.

Rep. Dave Loebsack (D-Iowa), whose district also voted for Trump, is retiring and isn’t included in this fundraising analysis. 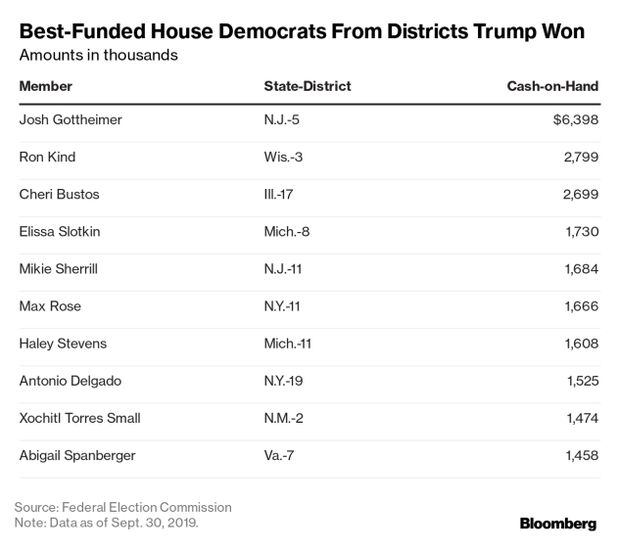