The fight between insurers and physicians over how to address surprise medical billing led the largest change in health industry lobbying spending over the past three months, according the latest disclosures on Capitol Hill.

Physicians for Fair Coverage, a group backed by health-care specialty firms, reported spending $4.12 million on its own lobbying operations during the third quarter of 2019, more than the group has ever spent to date. The group spent $120,000 on such internal lobbying in the second quarter of 2019 and less than $5,000 on its own lobbying in the third quarter of 2018. The group has pushed hard to alter surprise billing proposals coming through Congress to permit what’s known as arbitration, where doctors can argue for higher reimbursements for their services.

On the other side of the issue are insurers, represented primarily by America’s Health Insurance Plans, which spent $2.1 million on its internal lobbying operations in the third quarter of 2019 on its internal lobbying operations, a $600,000 increase over the third quarter of 2018. Insurers have argued against arbitration and have backed legislation that would tie reimbursements to doctors for many out-of-network services to certain benchmark rates. 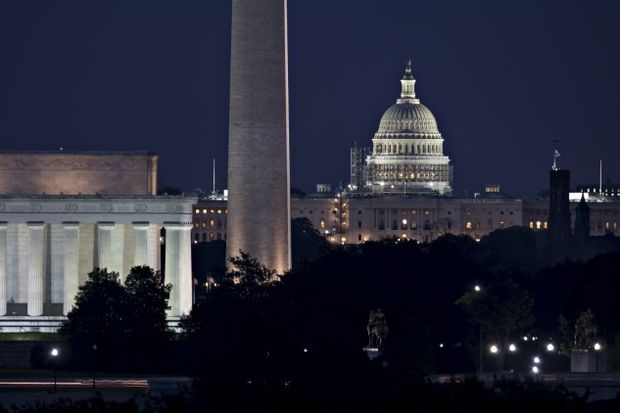 This fight has left Congress stalemated over the issue.

Drugmakers, meanwhile, are also fighting legislation that could shake up their industry, though they didn’t spend drastically more over the last few months.

The Pharmaceutical Research and Manufacturers of America spent $6.23 million on its internal lobbying operations in the third quarter of 2019, up from $5.99 million during the same period in 2018.

The Biotechnology Innovation Organization, which represents more makers of generic drugs than PhRMA, spent $3 million in the third quarter of 2019 on its internal lobbying operations, up from $2.4 million during the same period in 2018.