They may be all the rage on city streets these days, but at the tradition-bound Capitol lawmakers and police are intent on scuttling the scooter invasion.

The U.S. Capitol Police sent warning letters to companies in the District of Columbia this spring warning that the operation of dockless commercial scooters is prohibited on Capitol grounds.

“They’re all over the place,” Sen. Rick Scott (R-Fla.) said in an interview. “They’re on all the sidewalks and you don’t see them coming up. The thing I worry about is how fast they’re going. Whatever the rules are they should enforce the rules.”

Scott said one of his staffers was in a crash involving one. He says he favors the move by police to discourage their use. 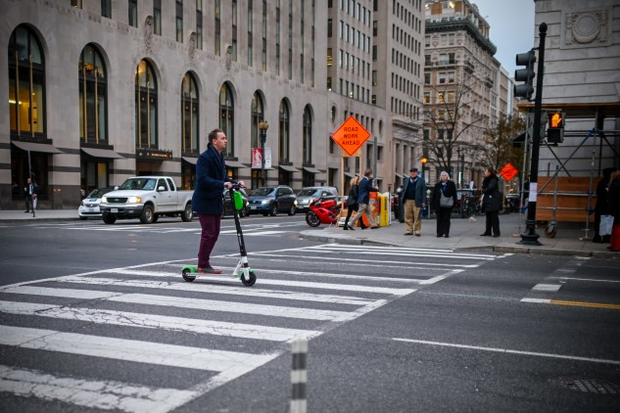 To back them up, senators tucked language in the draft report accompanying the fiscal 2020 Legislative Branch appropriations bill urging the police to keep the scooters away. The bill, which the Appropriations Committee approved 31-0 on Sept. 26, now will be the subject of negotiations with the House.

The committee acknowledged that the “new and expanding micromobility options in DC can offer alternatives to car travel and increase access to public transportation.”

But the lawmakers said the scooters are “a public safety concern” affecting vehicle and pedestrian traffic at the Capitol complex.

The report noted that the number of e-scooters “cluttering” the Capitol grounds had declined since the Capitol Police cracked down on them.

The committee said that the Capitol police sent letters to firms that were approved or conditionally approved by the District of Columbia’s Department of Transportation for dockless scooter operation after seeing a sharp rise in the number of staffers, tourists, and other visitors using e-scooters at the Capitol. The police said traffic regulations for the Capitol grounds prohibit their use and asked the firms to immediately take action to comply with the rules.

To contact the reporter on this story: Nancy Ognanovich in Washington at nognanov@bgov.com