Trump administration officials and Capitol Hill Republicans looking to depart their government roles are facing a tough time finding work in the lobbying and public affairs industry despite an abundance of “for hire” signs on K Street.

Firms are reluctant to bring on people who are viewed as too partisan and closely tied to controversies of President Donald Trump’s administration, say those involved in recruiting and hiring.

“Generally speaking, the closer you are to the politics” of the administration “the more difficult it is to find a job,” said Ivan Adler, a K Street headhunter with his own firm, Ivan Adler Associates. Adler said those with an “issue specialty” have a better chance of landing a job.

“None of my clients are looking for partisans. If anything, that’s the last thing they want,” said Nels Olson, vice chairman and co-leader of board and CEO services practice at Korn Ferry International, a management consulting firm. “You want to find to find someone who has good relationships and is well respected on both sides of the aisle.” 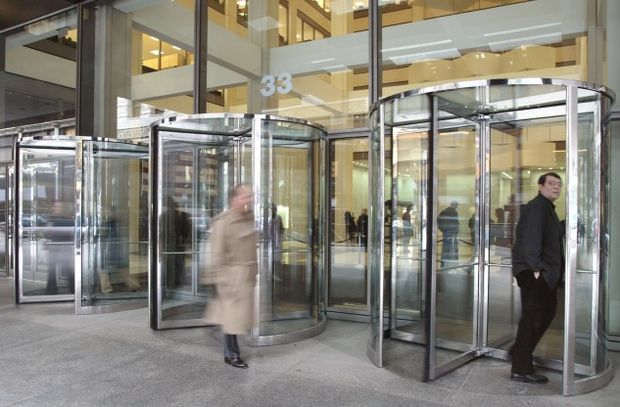 A half-dozen lobbyists, headhunters and industry executives, who asked for anonymity to speak about private conversations, told Bloomberg Government that they’re having frequent sit-downs with congressional aides and Trump administration staffers looking for advice on landing a new job because of their difficulties in the search.

One lobbyist told a recently departed administration official, whom he’d known for years, that he was — in no uncertain terms — too toxic to be be hired.

The flood of GOP job seekers is about to rise with the retirement or departure of GOP lawmakers, about two dozen have already announced their intentions. Prospects for hiring could dry up next year, as prospective employers wait for the outcome of the 2020 presidential election.

Uncertainty around the House Democratic impeachment inquiry of President Donald Trump and questions about the likelihood of a second term could also prompt another wave of departures from the administration, lobbyists say.

While lobbyists say they are also wary of hiring partisans in either party, fewer Democratic members have announced plans to depart, with only four who are leaving or running for other office. In addition, being a staffer in the majority is more desirable, so there is less movement.

Even as some Capitol Hill staffers struggle to find new jobs, Olson describes the current market for influence industry roles in Washington as “robust.”

Industry groups such as the National Association of Mutual Insurance Companies and the National Utility Contractors Association are looking for new leaders, according to CEO Update’s job listings.

Some administration and congressional staff are having an easier time finding outside employment. There are always a category of staffers that perennially remain the “most valuable animals in the forest,” Adler likes to say. Top staff in leadership offices, staffers specializing in health care and aides on “money committees” like the House Ways and Means Committee and Senate Finance Committee remain in demand, he said.

Those who have recently landed high-profile positions after government service have had long Washington resumes, such as Mark Isakowitz, who had sold a $7 million stake in his own lobbying firm in 2014 to become Sen. Rob Portman’s (R-Ohio) chief of staff. Alphabet Inc.‘s Google announced last week he would become the new head of its Washington office.

The CEO of the American Investment Council, Drew Maloney, came from the Treasury Department, where he served as its director of legislative affairs and had a 15-year K Street career before that. He also worked on Capitol Hill serving as legislative director to former-Rep. Tom DeLay (R-Texas) when he was majority whip. Shahira Knight, a longtime top lobbyist at Fidelity Investments Inc., left the White House this summer to become a principal at Deloitte LLP. Before going to the private sector, she spent eight years on the House Ways and Means Committee.

Companies, averse to making risky hires for their in-house lobbying shops, have only heightened that scrutiny in a digital era where news travels fast and pushback to a contentious hire can be swift.

“The backlash is not just from your customers, it’s also from your employees. Companies and firms are very conservative about who they hire these days,” said Adler.

Earlier this year, a coalition of 41 liberal groups wrote to Fortune 500 companies, telling them not to hire officials responsible for implementing some of the Trump administration’s most controversial policies, including then-Homeland Security Secretary Kirstjen Nielsen, who drew criticism for her public defense of the administration’s immigration policies, and then-White House spokeswoman Sarah Huckabee Sanders.

Sanders joined Fox News as a contributor in August.

The unconventional nature of the Trump administration has disrupted the usual flow from K Street into the White House and agencies, headhunters said.

“Folks in those corporate roles aren’t rushing to join the administration, and the administration isn’t drawing from those corners either,” said Julian Ha, who leads the government affairs and trade association practices at Heidrick & Struggles. “The music behind the musical chairs is still on pause.”