The Pentagon will invite companies to experiment with fifth-generation, or 5G, cellular networks on military bases as the U.S. ramps up competition with China to dominate the new high-speed data networks.

The military plans to issue a draft public request next month and a final request in December for industry to pitch 5G prototypes and demonstrations with high-powered, mid-band radars at four installations, according to a senior defense official, who asked not to be named because the decision isn’t public yet.

But the pilot projects could be delayed if Congress fails to enact the fiscal 2020 Pentagon spending bill, the official said. The defense spending measure (S. 2474) approved by the Senate Appropriations Committee would add $436 million for the research and development of the technology seen as boosting data speed and volume. 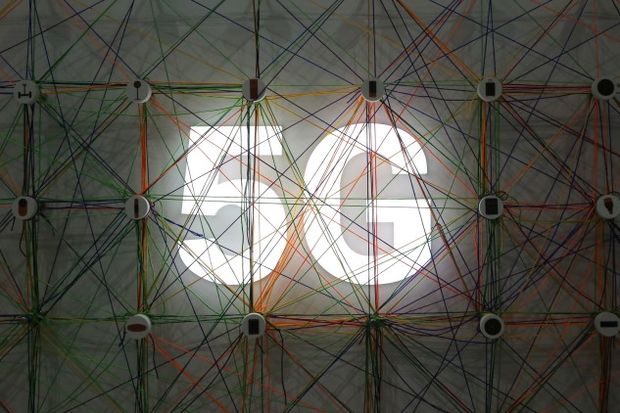 Angel Garcia/Bloomberg via Getty Images
The U.S. Department of Education is asking the Federal Communications Commission to retain a swath of airwaves for educational use, instead of repurposing them for commercial 5G networks.

The new 5G networks can be up to 100 times faster than current cellular networks and depend on new technology and layouts. Chinese telecom companies including Huawei Technologies Co. Ltd. have so far dominated the global market and sparked U.S. concerns that Beijing control of communications could be a security threat.

Meanwhile, the increased bandwidth and download speeds could dramatically improve battlefield awareness for the Pentagon and make the military more resilient to attacks. An April 2019 Defense Innovation Board report noted that 5G clusters can revolutionize military operations, networks, and information by allowing volumes of data to be shared quickly across systems that are dispersed geographically.

Lawmakers have also been focused on the emergence of 5G technologies and their military benefits.

It “is an example of technology largely driven by the private sector that has huge implications on national security,” said Seth Moulton (D-Mass.), who is leading a House Armed Services Committee’s newly formed Future of Defense Task Force.

Other new technologies such as hypersonic weapons and defenses could be deployed with the expanded network capabilities, lawmakers wrote in the report accompanying the Senate’s spending measure.

The Pentagon announced in May that it was crafting a new strategy for creating the networks.

The strategy includes bringing private companies onto military facilities for experimentation and testing prototypes while assuring industry its proprietary information is protected, according to Mike Griffin, the undersecretary of defense for research and engineering, who spoke about 5G efforts during a think tank appearance in August.

“If we can provide venues where local, regional, municipal, state permitting is not required to operate because they’re operating on a DOD base, all of those things can really speed progress in 5G development,” Griffin said during the Hudson Institute appearance.

The draft request to companies next month will include descriptions of the four military bases where the large-scale experimentation and prototype projects will take place, according to the defense official.

To contact the reporters on this story: Roxana Tiron in Washington at rtiron@bgov.com; Travis J. Tritten at ttritten@bgov.com