The Defense Digital Service, the Pentagon’s team of in-house software development and design specialists, announced it would seek industry partners to help it automate the process of performing government background checks.

The Defense Digital Service, or DDS, has a reputation as the Pentagon’s “geek squad,” often called in to fix complex IT projects that are past deadline and over budget.

The number of backlogged security clearance investigations reached an all-time high in April 2018 at nearly 725,000. Through a series of internal business process improvements, the Office of Personnel Management’s National Background Investigations Bureau, or NBIB, was able to reduce that total by 18 percent to below 600,000, according to a December 2018 progress report.

Concerns over the backlog led to a 2018 decision to transfer ownership of background investigations work from OPM to the Pentagon. 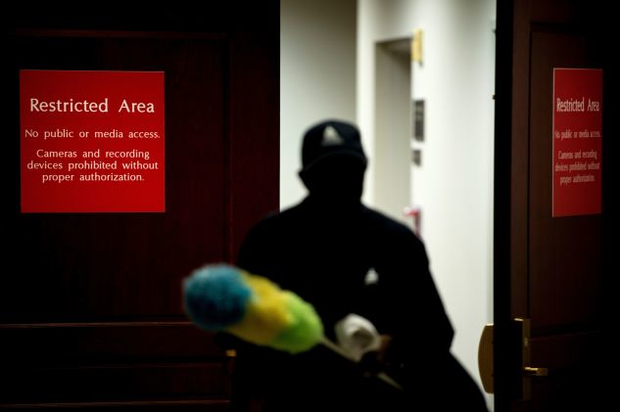 The Defense Digital Service will coordinate with the Office of the Undersecretary of Defense for Intelligence to create a prototype called the “System for Automated Background Evaluation & Review,” or SABER, according to a March 12 request for information. SABER will resemble a case management tool designed to collect a subject’s information, enable automated and manual processing of background investigations, and record the government’s decision whether to issue a security clearance.

“DDS is particularly focused on identifying technologies that could automate portions of the process that are repetitive and require manual effort,” a DDS spokesperson told Bloomberg Government in an email. SABER will explore areas where computers can perform activities much faster than human users, things like fact checking and data collection, enabling investigators to focus on higher-order tasks, such as interviewing subjects’ references.

In December testimony before the House Armed Services Committee, senior officials from the Office of Personnel Management and the Defense Department credited the role automation played in helping to bring down the backlog.

“Our progress to-date would not have been possible without the robust continuous evaluation and automated records capabilities built over the past three years,” said Garry Reid, a senior Pentagon security and counterintelligence official.

The SABER prototype will complement current capabilities offered by the Pentagon’s National Background Investigation Services, or NBIS, the government’s end-to-end IT service used to conduct background checks. The project will require significant effort to “replace and streamline multiple critical information systems” that manage user data, according to the RFI.

In June 2018, the Austin-based Army Futures Command issued Enterprise Services LLC (now a subsidiary of Perspecta Inc.) a $49 million “other transaction authority” (OTA) award to fast-track a prototype case management system for NBIS. The project, which was supported by Accenture Federal Services, Pegasystems, Next Tier Concepts, Torch Research, and CA Technologies Inc., was designed to integrate with numerous government IT systems and offer field investigators a robust suite of tools, according to a press release.

However, the Pentagon’s decision to issue an RFI for SABER in parallel with Defense Digital at the helm potentially raises questions about whether the initial Enterprise Services prototype or the NBIS system as a whole can deliver the desired reductions in the security clearance backlog in a timely and cost effective way.

On March 7, the Defense Information Systems Agency, or DISA, announced it would transfer authority for NBIS over to the Defense Security Service, or DSS. Between now and the end of fiscal 2020, DSS will assume ownership of the governmentwide background investigations process from OPM and absorb its responsibilities and workforce. A DSS spokesperson declined to comment on the matter.

In keeping with its approach to software development, the Defense Digital Service plans to start small and build the system incrementally. “Development of the prototype will be rapid and agile in nature, fielding new functionality to users for feedback every two weeks,” according to the announcement.

The acquisition process will be similarly agile, with Defense Digital planning to issue an OTA award with only a nine-month period of performance. A larger follow-on OTA is possible following the conclusion of the pilot project.

Vendors interested in participating in SABER must respond to the RFI by March 26 by submitting a 10-page white paper outlining their capabilities with respect to IT infrastructure, software development, and user-centric design.