House Speaker Nancy Pelosi’s cautious approach to impeaching President Donald Trump reflects the political cost to Republicans for their unsuccessful attempt to oust Bill Clinton from the presidency for trying to cover up his sexual relationship with a White House intern.

By the time the Senate acquitted Clinton of charges that he lied under oath about his affair with Monica Lewinsky, House Republicans had suffered a five-seat loss in the 1998 election and replaced Speaker Newt Gingrich for his role in the political debacle. It was the first time since 1934 that the president’s party gained House seats in a midterm election.

The Democrats are defending 31 seats in 2020 from districts that Trump carried. Only two of those members, Reps. Chris Pappas (D-N.H.) and Lauren Underwood (D-Ill.) have joined more than 125 others in their caucus to support an impeachment inquiry. Protecting vulnerable members, and by extension the Democratic majority, has governed Pelosi’s approach. These lawmakers voiced concerns that Congress might let Trump investigations distract it from pursuing the legislative agenda they were elected to carry out. 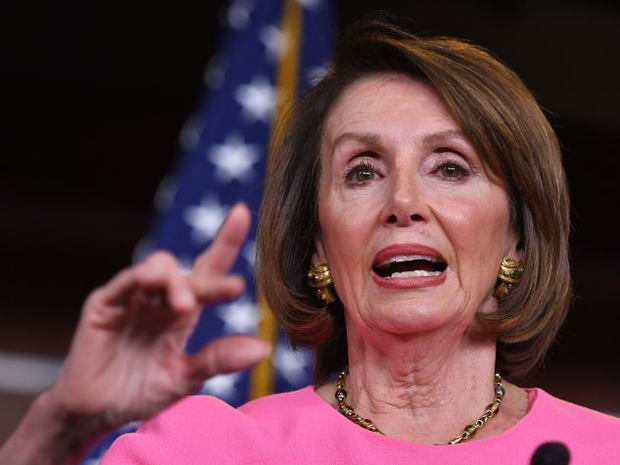 Pelosi and Judiciary Chairman Jerrold Nadler (N.Y.), were among the Democrats who witnessed Clinton’s impeachment as House members. Both said evidence of high crimes and misdemeanors impeachment must rally and unify public opinion. Pelosi has said impeachment must be “such an ironclad case” it would compel the Republican-controlled Senate to support removing the president or pay a political price. Nadler has described the committee’s work as “formal impeachment proceedings” that will culminate in a decision whether to send articles of impeachment to the House floor.

Why Talk of Impeaching Trump Is Getting Louder Again: QuickTake

Other veteran Democrats who were in Congress during Clinton’s impeachment are among those favoring an inquiry on whether to remove Trump, including Financial Services Chairwoman Maxine Waters (Calif.), Foreign Affairs Chairman Eliot Engel (N.Y.), Appropriations Chairwoman Nita Lowey and Rules Chairman Jim McGovern (Mass.).

Marshaling voter support for impeachment may be a tall order. Only 37 percent of voters favor the House opening impeachment proceedings and 46 percent are opposed, according to a July 25 Morning Consult-Politico poll. That’s consistent with a Washington Post-ABC News survey earlier in July that found 37 percent favored impeachment hearings versus opposition by 59 percent of voters.

“Impeaching the president of the United States is inherently unpopular, it is particularly toxic for her majority makers, the members of her majority who are in districts that Republicans can win in 2020,’’ said Steel, a Capitol Hill veteran who was a top aide to former Speaker John Boehner (R-Ohio.) “That’s why she is extremely cautious in moving forward on this’’ because “forcing her members in vulnerable districts to take difficult votes is dangerous to her career and dangerous to her majority.”

The model House impeachment inquiry Pelosi cites is the one conducted during the Watergate scandal that led to President Richard Nixon’s resignation 45 years ago. It wasn’t until several weeks after the Supreme Court ordered release of audio recordings of the president and top aides discussing the cover-up of the bungled attempt by White House operatives to electronically bug Democratic headquarters during the 1972 presidential campaign, that public opinion turned against Nixon.

As late as June, 1974, a Gallup poll found the public split almost evenly on impeachment, 44 percent of voters in favor and 41 percent opposed. But by early August, 57 percent of voters favored Nixon’s impeachment and removal, according to an account of Watergate polling by the Pew Research Center for the People and the Press.

Pelosi compared court cases the House is pursuing to obtain grand jury testimony and other evidence that Trump obstructed Special Counsel Robert Mueller‘s two-year probe to the eventually successful quest for evidence of Nixon’s obstruction of Watergate investigations by Congress and a special prosecutor.

The scandal over Clinton’s affair with a young intern didn’t capture the public’s imagination or fuel public outrage like Watergate, particularly during the second term of a popular president. His Gallup-poll presidential approval rating was more than 60 percent throughout most of 1998, reaching 73 percent in late December after the House impeachment vote.

Democrats portrayed the Clinton impeachment inquiry as purely partisan and depicted Independent Counsel Kenneth Starr as in league with Republicans by providing a report filled with graphic details of the president’s affair with Lewinsky that was quickly leaked to the press.

A Pew poll conducted after the House approved the impeachment resolution found that 67 percent of voters believed that politics, not the seriousness of Clinton’s misconduct, was the motivation.

Mindful of that history, Pelosi has urged colleagues to proceed cautiously and avoid the appearance that investigations of Trump are motivated by partisanship. “We must show the American people we are proceeding free from passion or prejudice, strictly on the presentation of fact,” she told House Democrats in an April 22 letter.

Still, she has calibrated her message to account for the possibility the Judiciary Committee could develop a compelling impeachment case if it can obtain direct evidence of Trump’s obstruction uncovered by Mueller’s investigation.

The panel is seeking a court order to compel testimony from former White House Counsel Donald McGahn to testify about his conversations with Trump, in which the Mueller report says the president tried to pressure him to get the special counsel fired. McGahn threatened to resign and he later refused to sign a letter to create a false record that Trump never asked him, the report said. The panel, which asked the court to expedite its ruling on McGahn’s testimony, also subpoenaed other ex-Trump aides with knowledge of those events.

“We are trying to take our time and do this right,” Majority Whip Jim Clyburn (D-S.C.) told CNN June 2. “We have to bring the public along.”

To contact the editors responsible for this story: Adam Schank at aschank@bgov.com; Robin Meszoly at rmeszoly@bgov.com