The Trump administration has dealt another blow to Hudson River tunnel and bridge projects connecting New York and New Jersey, diverting money Congress had intended to go mostly to Amtrak’s Northeast Corridor to a passenger rail terminal in New Orleans and new rail cars in Wisconsin.

The so-called Gateway project was left out last week when the Federal Railroad Administration announced the selection of 10 rail projects in 10 states, totaling more than $272 million in grants from the fiscal 2017 and 2018 appropriations bills. The current century-old bridge and tunnel between New York and New Jersey are major choke points on the Northeast Corridor, the busiest U.S. passenger-rail route.

Why Rail Tunnel Under Hudson Is Stuck in Washington: QuickTake

Congress authorized the Federal-State Partnership for State of Good Repair Program in the 2015 FAST Act surface transportation act (Public Law 114-94). At the time, it was meant to largely benefit the Northeast Corridor, according to several current and former congressional transportation aides. Likewise, when appropriators set aside funds as line-items in the spending bill, they did so with the assumption that most of the grants would benefit the Northeast Corridor, specifically Gateway, with flexibility that other projects could qualify or benefit, congressional aides said. 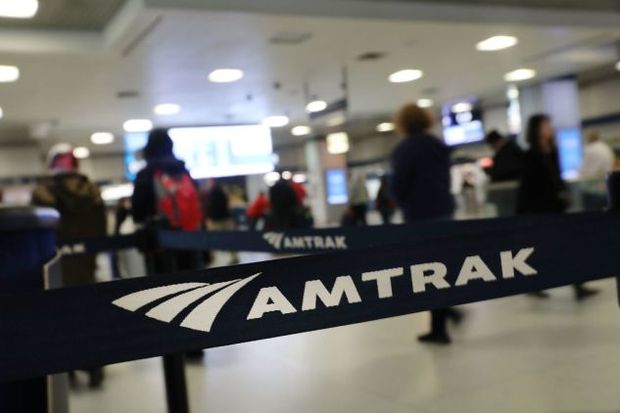 Congress funded the state of good repair grant program because it was “critical to upgrading replacing central assets on Amtrak’s Northeast Corridor,” Jack Reed (R.I.), the top Democrat on the Senate Transportation-HUD Appropriations Subcommittee, said at a May 2018 hearing.

The Northeast Corridor did receive several grants, but the money went to projects in Massachusetts, Rhode Island, Pennsylvania, and one in New Jersey that wasn’t related to Gateway.

Excluded From the Get-Go

Gateway couldn’t even qualify for the grants in the first place because the FRA limited the opportunity to projects in the construction phase, not engineering or environmental review, where the tunnel and bridge projects have been languishing throughout the Trump administration.

Several aides said the grant program wasn’t meant to exclude projects in the engineering or environmental review phases, but that the legislative language wasn’t specific about it. The FRA interpreted the law to mean that eligibility for capital projects hinged on a focus on construction, such as replacing, repairing, or rehabilitating railroad assets or bringing existing assets into a state of good repair, according to an FRA spokesperson. That definition excludes projects that would use the funds to pay for preliminary engineering, environmental work, or related clearances, the person said.

“Congress and the Administration need to put politics aside and fund vital Northeast Corridor projects, including final design and environmental work, that continue to shoulder the majority of our Nation’s ridership and economic movement,” Mike Friedberg, executive director of the Coalition for the Northeast Corridor, said in a press release.

There remains $400 million for the Federal-State Partnership grants, and the coalition called on the FRA to issue a new funding opportunity.

To contact the reporter on this story: Shaun Courtney in Washington at scourtney@bgov.com