A narrow Republican special-election win in a North Carolina district yesterday underscored how difficult it will be for the party to win back the House majority.

State Sen. Dan Bishop edged Democrat Dan McCready, a Marine Corps veteran and solar-energy businessman, by 51%-49% in the state’s 9th District within and east of metropolitan Charlotte, according to unofficial returns.

Though polls showed a close race, a district President Donald Trump carried by 12 percentage points in the 2016 election made the 9th District an atypical host of a highly competitive special election that drew ample national attention and more than $10 million in outside spending.

The close outcome was reminiscent of some special election results during the 2017-2018 election cycle, when Republicans labored to keep control of districts they should have won easily. 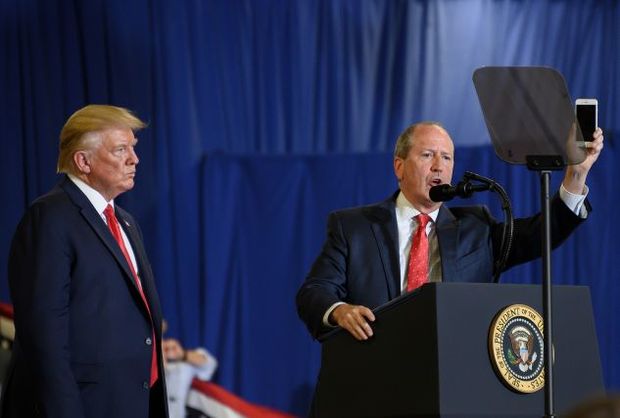 Though McCready almost won North Carolina’s 9th as the Democratic nominee in 2018, it would have been a big upset if he defeated Bishop. Of the 31 House Democrats who represent districts Trump won in 2016, only veteran Rep. Collin Peterson (Minn.) and freshman Rep. Anthony Brindisi (N.Y.) are from areas that were more pro-Trump in 2016 than North Carolina’s 9th.

As expected, McCready won among voters who cast ballots during North Carolina’s early-voting process, 54%-45%. But people who voted on election day favored Bishop 55%-44%, and unlike in 2018, election-day voters outnumbered early voters in a lower-turnout special election. About 189,000 people voted in the special election, compared with a turnout of about 283,000 in 2018.

McCready won by 56%-43% in Mecklenburg County (Charlotte), an area that’s trending Democratic and is the biggest source of votes in the eight-county district. He slightly improved on his 2018 performance in the county, underscoring how Democrats have made inroads in well-educated large metropolian areas during Trump’s presidency. Bishop’s political base in Mecklenburg, where he’s won multiple elections, may have helped him hold down McCready’s margin.

Bishop dominated in Union County, a suburban Republican stronghold just east of Mecklenburg. Bishop won Union by 60%-39%, comparable to the 59%-39% margin by which Republicans won there in 2018.

East of metropolitan Charlotte, in some of the district’s more rural areas, McCready didn’t do as well as he did last year.

McCready won by just 50%-49% in Robeson County, which includes Lumberton and cast the most votes in the 9th District after Mecklenburg and Union. He won Robeson 56%-41% last November.

McCready also lost the 9th’s share of Cumberland County, which includes part of Fayetteville, after winning the county by 4 points last year. Trump and Vice President Mike Pence stumped for Bishop in Fayetteville the night before the election.

The special election was held after the 2018 results were thrown out because evidence surfaced of absentee-ballot fraud committed on behalf of Republican nominee Mark Harris. McCready trailed in that election by 905 votes.

Bishop and Greg Murphy (R), who was a landslide winner in a separate special election in North Carolina’s 3rd District to replace Walter Jones, will soon be sworn in to fill the two vacant seats in the House.

Democrats outnumber Republicans in the House by 235 to 197, and there is one independent, ex-Republican Justin Amash (Mich.). Rep. Sean Duffy (R-Wis.) is resigning Sept. 23 from the Badger State’s northwestern 7th District, which Trump won by 20 points in 2016.

To contact the editors responsible for this story: Adam Schank at aschank@bgov.com; Loren Duggan at lduggan@bgov.com