Only 27% of Americans have a state-issued ID that will allow them to board their flights under a new mandate starting next year, the Department of Homeland Security said.

Lawmakers and travel groups have raised concerns that millions of Americans will be turned away from their flights beginning Oct. 1, 2020, when the mandate kicks in requiring certain forms of identification at airport security checkpoints.

The REAL ID Act was passed in 2005 as part of Public Law 109-13 to prevent terrorists from using fraudulent documents to board flights, as they did before the attacks of Sept. 11, 2001. The new license standards require states to use security-enhanced designs and to take more steps to verify license holders’ citizenship and identity. Generally, REAL ID compliant licenses display a star on their design, regardless of the state where they are issued. 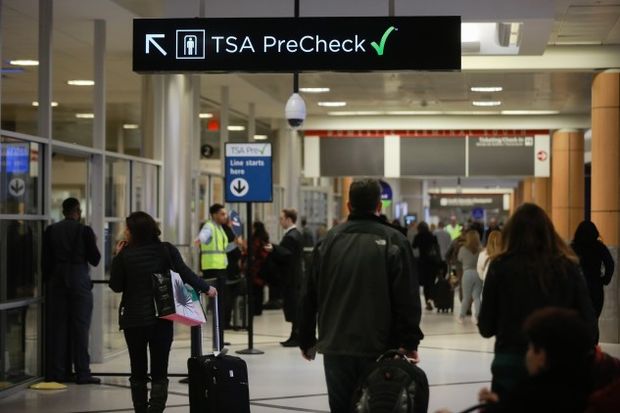 Currently 47 of 50 states are issuing REAL ID compliant IDs, the release said. Oklahoma, New Jersey and Oregon are the exceptions, according to Transportation Security Administration data.

More work is needed to ensure Americans are ready for the new mandate, the department said in a statement Tuesday. The TSA has been preparing for years to ensure states are issuing compliant IDs. In August, the agency began posting signs at airports and verbally warning travelers if their licenses don’t meet the new requirements.

Americans can also use alternative documents, such as a passport or military ID, at checkpoints.

Still, almost 40% Americans say they do not have either a REAL ID compliant license or alternative document, according to a survey released in September by the U.S. Travel Association.

Last month, Senate Commerce, Science and Transportation Committee Chairman Roger Wicker (R-Miss.) pressed the TSA for more information about what is being done to educate travelers about the new rules and boost state compliance.

Some states are still offering individuals the option of receiving or renewing a license that isn’t REAL ID compliant, which may add to travelers’ confusion, TSA acting Deputy Administrator Patricia Cogswell told Wicker’s committee in September.