A nonprofit linked to the conservative Koch organization that spent more than $20 million to elect Republican congressional candidates must disclose its donors, according to a settlement with the Federal Election Commission.

The now-defunct Americans for Job Security (AJS), said in a settlement that it should have registered as a regulated political action committee beginning in 2010 because it spent most of its money to influence elections. Such PACS must disclose their contributors unlike nonprofits that say they are mainly interested in policy issues rather than political campaigns.

The watchdog group, Citizens for Responsibility and Ethics in Washington (CREW), disclosed the settlement Sept. 19, following a years-long legal battle to have a federal district court in Washington, D.C., force the FEC to take enforcement action. The case is one of several filed by CREW pressing the commission to act against what it calls “dark money groups.”

“Unfortunately, our work is far from over as other bad actors are bending over backwards to skirt campaign finance laws,” said CREW’s executive director, Noah Bookbinder.

The settlement requires Stephen DeMaura, who served as president of AJS, to file a report for the group by next month “outlining its receipts, including the identity of any person who gave money” to finance the group’s election spending. The report should reflect DeMaura’s “best efforts to obtain information” about the group’s finances in the 2010 and 2012 election cycles, the settlement added, requiring that DeMaura submit an affidavit attesting to his efforts.

While AJS acknowledged it had violated campaign finance law, the FEC said it would not seek an immediate fine because of “extraordinary circumstances in the case,” including the group’s defunct status and the long period of time since the group’s spending occurred.

Americans for Job Security revealed in 2017 that a portion of its contributions — nearly $2.3 million — was received in 2010 from a separate nonprofit called the Center to Protect Patient Rights.

The center was formed in 2009 by political consultant Sean Noble and funded by contributions first made at a retreat for donors of the Koch network, the conservative group founded by Charles Koch, head of Koch Industries Inc., and his brother David Koch, who died earlier this year, according to documents previously released by the FEC. 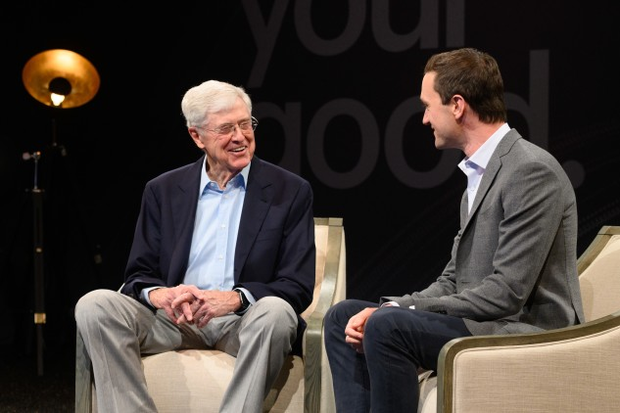 The money provided to AJS was part of a larger grant-making effort in 2010, in which the Koch backed group distributed a total of more than $40 million in grants to nearly two-dozen organizations. Much of the money was used to fund ads attacking Democratic candidates for supporting President Barack Obama’s signature health care law, the Affordable Care Act.

The FEC unanimously approved the AJS settlement before the Aug. 31 departure of Republican commissioner Matthew Petersen, which left the commission without a four-member quorum to approve enforcement actions. Enforcement cases are handled confidentially by the commission until a case is closed.

Republican Commissioner Caroline Hunter said she disagreed with the court’s conclusion about whether Americans for Job Security was required to register as a PAC, but she was compelled to support a settlement in this case.

The settlement was predicated on the court’s holding that spending for “electioneering communications” that refer to candidates in the weeks before an election “presumptively have an election-related purpose,” Hunter said in an email.

“I have made clear for the record my strong disagreement regarding that decision and its rationale,” she added. “However, I believe I was compelled to follow the court’s order in this case.”