House Republican leaders are offering drug-pricing legislation that they say could become law quickly, laying down a marker for what measures many party members could support ahead of a planned vote on a Democratic drug bill later this week.

The package, unveiled Monday, would create a $3,100 out-of-pocket cap in Medicare’s prescription drug benefit program. It would also take steps to spur new generic drugs and includes a laundry list of changes to Medicare and Medicaid. The legislation includes more than 40 provisions that Democrats and Republicans have previously agreed to support, Republicans say. 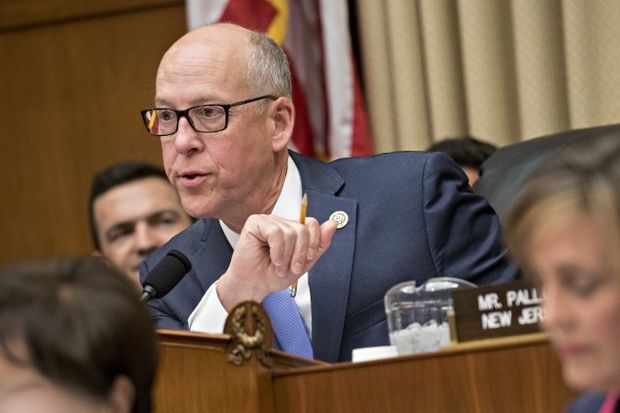 “Every single provision in the alternative is bipartisan: it could actually become law,” Walden said.

However, Walden did not name any Democrats who are sponsoring his alternative.

Republicans plan to ask for a vote on their legislation as a replacement for the Pelosi-backed bill this week. Walden said he’ll make the case during a Tuesday House Rules Committee meeting.

Rep. Kevin Brady (R-Texas), ranking member of the House Ways and Means Committee, said Republicans are working with the White House and Senate leaders to build support for the legislation.

The proposal comes the same week as the House is planning to vote on the Democratic drug-pricing bill, which goes further on using the power of the federal government to force drugmakers to lower their prices. That bill isn’t expected to win Senate passage.

The House Republican bill, slated to be numbered H.R. 19, hews closely to bipartisan legislation from Senate Finance Committee Chairman Chuck Grassley (R-Iowa) and ranking member Ron Wyden (D-Ore.), but without that bill’s caps on price increases for drugs in Medicare.

Those caps have proven divisive among congressional Republicans. Most Republicans on the Finance Committee opposed the package in a vote earlier this year, largely because of the inflation caps.

Democrats such as Wyden have said they want any major drug-pricing package to include some kind of mechanism for limiting increases on drug prices, such as caps.

Republicans say drug prices can instead be lowered by paving the way for the creation of low-cost generic drugs. Monday’s House GOP package would take on some abuses by brand-name drugmakers to prevent generics from coming to the market.

It would also redesign the Medicare drug benefit to adjust what the government and drugmakers pay into the program.