The bill—”the Social Media Addiction Reduction Technology (SMART) Act“—aims to combat the features on social media websites and apps that intentionally try to keep users on the sites in order to sell more advertisements, Hawley said. 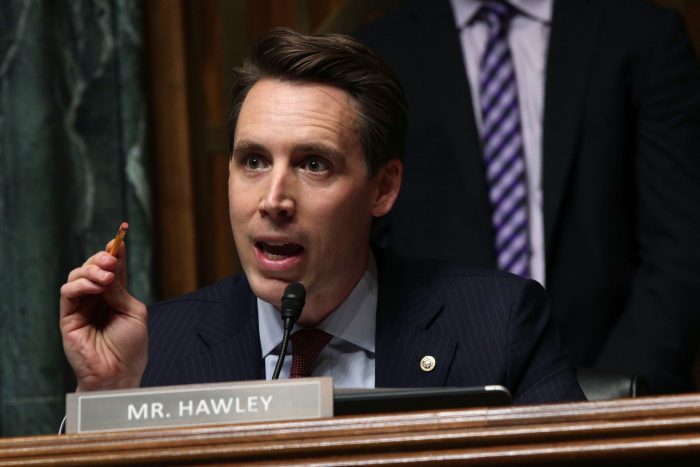 The measure would prohibit large tech companies, including Twitter, Facebook, Instagram and YouTube, from using features that automatically play videos without a user prompt. It would also ban infinite scroll, which are auto refill features on websites wherein a page automatically loads and displays additional content, according to text of the bill provided to Bloomberg Government.

“Big tech has embraced a business model of addiction,” Hawley said in a statement. “Too much of the ‘innovation’ in this space is designed not to create better products, but to capture more attention by using psychological tricks that make it difficult to look away. This legislation will put an end to that and encourage true innovation by tech companies.”

The bill would also prohibit certain achievement features on websites and apps that reward continued usage of the platform, except features that substantially increase access to new features. The bill targets SnapChat’s achievement features like “Snapstreaks,” which encourage and rewards users to interact with each other for consecutive days.

Social media companies would be required to allow users to set time limits for usage, and to automatically set a limit of 30 minutes of daily usage per device unless a user opts out. Music playlists and music streaming websites, such as Spotify, would be exempt from the rules.

The bill would direct the Federal Trade Commission, which fined Facebook $5 billion last week, and state attorneys general to enforce the prohibitions. It also would require the FTC to submit a report to Congress every three years on the issue of Internet addiction. FTC and the Department of Health and Human Services would have joint authority to issue rulemaking “to prohibit practices by social media companies and operators that exploit human psychology or brain physiology to substantially interfere with consumers’ freedom of choice.”

The bill is somewhat similar to the DETOUR Act (S. 1084) from Sens. Mark Warner (D-Va.) and Deb Fischer (R-Neb.), which would prohibit online platforms from using “dark patterns” to obtain personal data from users. Dark patterns are interfaces on websites and apps designed to intentionally manipulate users into taking actions they would not have otherwise taken.

Hawley’s bill currently has no cosponsors. Josh Golin, executive director of the Campaign for a Commercial-Free Childhood, backed the bill.

“Social media companies deploy a host of tactics designed to manipulate users in ways that undermines their wellbeing. We commend Senator Hawley for introducing legislation that would prohibit some of the most exploitative tactics, including those frequently deployed on children and teens,” Golin said in a statement.

(This story corrected the description of autoplay features that would be banned by the legislation in third paragraph.)

To contact the editors responsible for this story: Zachary Sherwood at zsherwood@bgov.com