A General Services Administration draft solicitation posted Aug. 9 officially launched the recompetition of its 8(a) Streamlined Technology Acquisition Resource for Services (STARS) II vehicle. The new indefinite-delivery/indefinite-quantity contract will be called STARS III and will have a ceiling value of $20 billion. 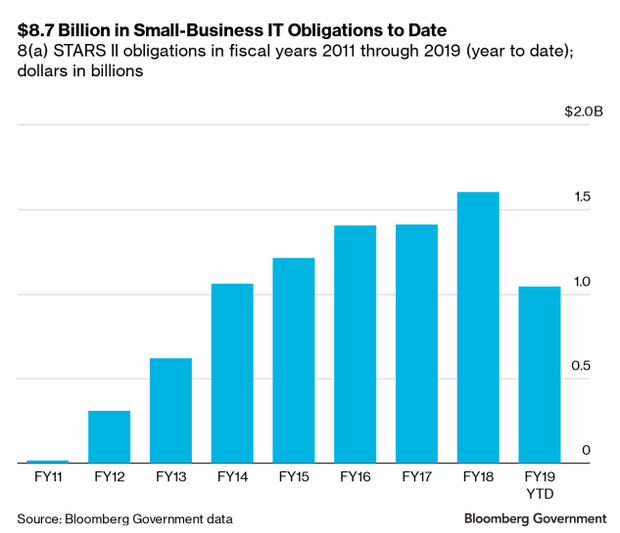 Since it was awarded in 2011, STARS II has become one of the most successful technology contracts for minority-owned businesses. It’s an important tool for introducing new vendors to the federal IT market and has helped agencies meet their small-business goals. With two years to go before STARS II’s completion, 61 agencies have spent a reported $8.7 billion on 579 contracts held by 571 8(a) vendors.

STARS II is a 10-year contract, but GSA is proposing that the new contract have one five-year base period and one three-year option period, for a total of eight years. GSA is expressing a strong preference for fixed-price, performance-based acquisition methods.

While North American Industry Classification System code 541512, Computer Systems Design Services, is the main NAICS assigned to STARS II, related NAICS markets that align with 541512 will be considered within the scope of STARS III. As a result, the four core STARS II Functional Areas will grow to six under STARS III. These include: 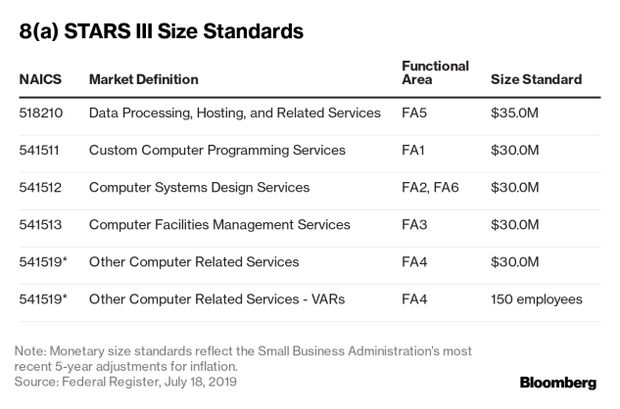 With STARS II already classified as one of GSA’s preferred, Best-In-Class contracts, it is highly likely that STARS III will retain BIC status.

Companies interested in competing for work on STARS III can begin by using BGOV to capture expiring task orders on STARS II. Click here for a list of 818 STARS II task orders totaling $2 billion set to expire during the 24 months beginning Oct. 1, 2019. Bloomberg Government has filed Freedom of Information requests for the statements of work on every 8(a) STARS II task order worth more than $5 million. Click here for a list of 37 of them, currently valued at $402 million.

Feedback on the proposed RFP is due at GSA by Sept. 9. BGOV estimates the final RFP will be released by November.

To contact the analyst on this story: Paul Murphy in Washington at pmurphy@bgov.com