“Free college” is becoming a campaign rallying cry among Democratic presidential contenders, but Democrats on the Senate’s education panel want to keep that hot-button issue out of negotiations on a bipartisan higher education bill this year.

Rather than demand colleges go tuition-free or make state and federal student aid so generous students won’t need to pile on debt, Democrats are seeking to strike a balance between helping more students afford college and gaining the necessary support of committee Republicans.

“I would counsel my Democrat friends to not stop a good higher education bill,” said Sen. Chris Murphy (D-Conn.) who previously co-sponsored legislation from Sen. Bernie Sanders (I-Vt.) eliminating tuition for students at public colleges. “It’s going to be tough to have an appropriations title in an higher education act reauthorization. That doesn’t mean we shouldn’t fight for it, but I think we have to be realistic.” 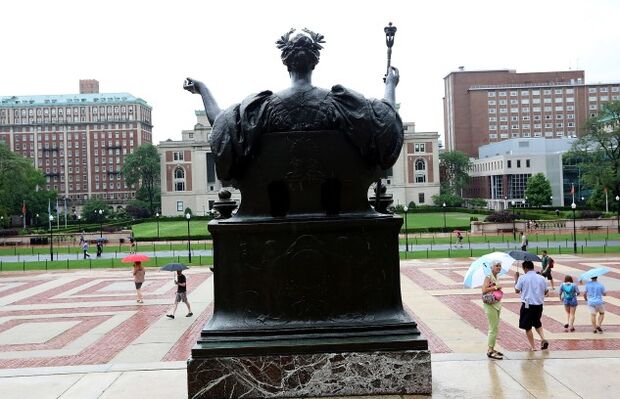 Democrats in the Senate working on a higher education law reauthorization are playing down discussion of “free college” by their party’s presidential candidates. Photo: Mario Tama/Getty Images

“There are lots of things that could make Democrats walk away from an HEA negotiation or oppose a bill,” Erickson said in an email. “Free college isn’t on that list.”

Sen. Lamar Alexander (R-Tenn.) and Sen. Patty Murray (D-Wash.) are in the early stages of negotiating a reauthorization of the higher education law (Public Law 110-315). Alexander said he wants to have legislation on the Senate floor by summer and done by Christmas.

Two Democrats on the Senate’s Health, Education, Labor and Pensions Committee will need to balance their roles on the committee with their statements on the campaign trail: Sanders and Elizabeth Warren (D-Mass.)

Sanders proposed allowing students to attend public colleges and universities without paying tuition. Warren co-sponsored Sanders’ bill and one from Sen. Brian Schatz (D-Hawaii) that would create a voluntary partnership between states and the federal government to help students graduate without debt.

Warren said she’s made it clear to Alexander she’ll be making reducing college costs and student debt a priority. She declined to say whether she would support provisions that achieved those goals without going as far as eliminating tuition and debt for students, noting that she would need to see details of such a plan.

Warren said given the urgency of both issues, Democrats shouldn’t wait until they have control of the White House to push to get students as much as they could. “We should fight for everything we can right now,” she told Bloomberg Government.

Sanders declined to answer questions and his office did not return a request for comment.

Murray, in a speech last week at the Center for American Progress, said tuition-free college was “worthy of consideration” but stopped short of endorsing it. Instead, she framed the potential reauthorization as a “significant down payment toward providing real opportunities for future students,” citing college affordability, making schools accountable for their programs’ quality and dealing with sexual assault on campus.

Other Democrats on the committee echoed similar priorities.

“If we could get some good things on accountability, even if we didn’t get everything we wanted on affordability, that would be a good trade in my humble opinion,” said Murphy.

Sen. Bob Casey (D-Pa.) said even if there is not agreement on eliminating tuition, lawmakers on both sides want to reduce the financial burden of attending college.

“I’m just hopeful we can get a reauthorization done,” he said. “It’s important we don’t let it drift for another year or two.”

To contact the editors responsible for this story: Paul Hendrie at phendrie@bgov.com; Jonathan Nicholson at jnicholson@bgov.com; Bernie Kohn at bkohn@bloomberglaw.com