President Donald Trump’s selection to be the next head of the FDA will face a barrage of questions this week about his views on vaping, oversight of stem-cell therapies and even “Frankenfish.”

Stephen Hahn, chief medical executive of the prestigious MD Anderson Cancer Center at the University of Texas in Houston, will go before the Senate Health, Education, Labor and Pensions Committee Wednesday for his first public hearing since being nominated to become commissioner of the Food and Drug Administration.

Hahn met with key members of the panels in recent weeks, including committee Chairman Lamar Alexander (R-Tenn.) and members such as Sens. Lisa Murkowski (R-Alaska) and Chris Murphy (D-Conn.). Hahn also sat down with Sen. Richard Burr (R-N.C.), who has been a vocal critic of attempts by the agency to ban menthol cigarettes and to overhaul how the FDA oversees over-the-counter medicines. 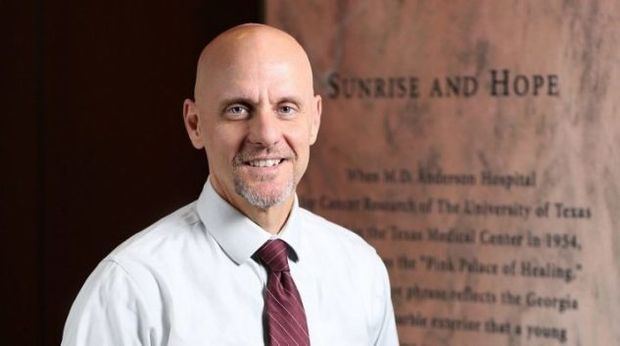 Photo courtesy of MD Anderson Cancer Center
Stephen M. Hahn, nominee to be commissioner of the Food and Drug Administration

The meetings were partly to help Hahn prepare for the questions he’ll face this week, which are expected to center around how the oncologist plans to steer the agency’s efforts to reduce youth e-cigarette use and to oversee drug approvals but will also include senators’ pet issues.

“I gave him a forewarning: usually you’ll be hearing from members from issues like drug pricing and drug availability but know that, as I am interested in that, I’m equally as interested in seafood,” Murkowski said. “That’s seafood advisory and genetically engineered fish.”

Murkowski for years blocked genetically engineered fish, sometimes derided as “Frankenfish,” from being sold in the U.S. until the FDA finished labeling guidelines for the food. The FDA earlier this year started allowing the fish into the U.S., a move Murkowski called “short sighted” at the time.

Alexander said he wants Hahn to talk about how he’ll carry out the sweeping 21st Century Cures law (Public Law 114-255) and how he’ll use the hiring authority the law gave the FDA to pay higher salaries to scientists and technical experts. He said he also wants to quiz Hahn on how the agency will take advantage of new treatments, namely regenerative medicine and stem-cell therapies.

Regenerative medicine probably will come up in the hearing, and whether the FDA will ramp up enforcement of companies and clinics selling unproven stem-cell therapies when the three-year enforcement discretion period ends in November 2020.

Sen. Mitt Romney (R-Utah) said he’ll ask how Hahn will address the need to spur development of new antibiotics to combat antibiotic-resistant superbugs. He said the FDA needs to look at what incentives private drug companies have to create new antibiotics and whether the agency could do more.

The topic Hahn may have the hardest time commenting on is expected to be the FDA’s role in regulating e-cigarettes. A mysterious lung illness linked to vaping has been found in more than 2,000 people in the U.S., leading to calls to curb vaping.

“This is a crisis and we need leadership,” she said.