The federal government is preparing to invest about $4.9 billion in unclassified artificial intelligence and machine learning-related research and development in fiscal 2020, according to budget documents released March 18.

The number of AI-related programs has ballooned compared with fiscal 2019. Such rapid growth in AI investments, however, raises questions about whether the progress is organic or whether agencies are inflating their AI investments to improve their odds of receiving funding. 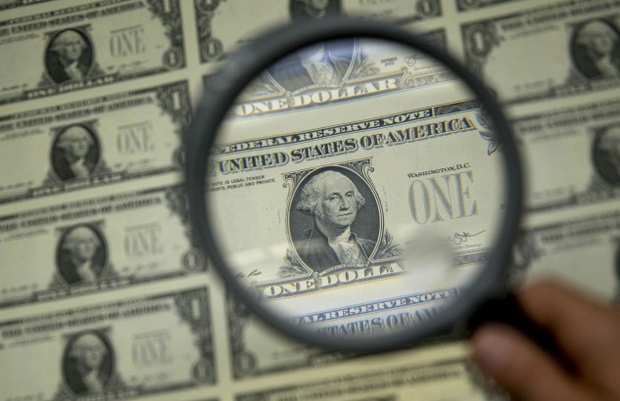 The Defense Department plans to allocate $4 billion toward artificial intelligence and machine learning R&D activities in fiscal 2020, a sizeable increase above fiscal 2019 spending levels, according to a Bloomberg Government analysis. The cornerstone of the Pentagon’s AI program, the Joint AI Center, or JAIC, will receive $209 million of that funding.

Fiscal 2020 also represents the first year in which the White House has released a figure for civilian agencies’ combined investments in AI-related R&D. In support of President Trump’s American AI Initiative, announced Feb. 11, the Department of Energy, National Institutes of Health (NIH), National Institute of Standards and Technology (NIST), and National Science Foundation (NSF) will devote a combined $850 million to AI research, according to the fiscal 2020 budget request.

While the American AI Initiative arrived without specific funding figures attached, it’s clear agencies recognize the urgency of making AI-related investments. But how much of it is what the technology industry calls “AI-washing,” or exaggerating the AI aspect of products and programs?

AI in the Pentagon’s R&D Budget

In fiscal 2020, the Pentagon will invest in 6,664 unique budget activities valued at a collective $79.2 billion. To understand the Pentagon’s investment priorities in emerging technologies, each year Bloomberg Government organizes the Pentagon’s Research, Development, Test & Evaluation (RDT&E) budget request into an interactive dashboard. The dashboard allows users to search for budget programs and activities that contain specific keywords in their titles or descriptions.

(Note: For the purposes of this article, BGOV will use the five keywords listed above to facilitate year-to-year comparisons. These terms do not necessarily represent an exhaustive ingsearch. Different users may have different definitions of what constitutes “artificial intelligence.” For example, adding the search terms autonomy and autonomous to the other five returned 678 activities worth more than $7.9 billion.)

The military services account for 222 AI R&D activities valued at a combined $1.6 billion; the U.S. Navy is in the lead with 60 activities worth $886 million. The Pentagon’s largest sources of AI funding are the Office of the Secretary ($1.3 billion) and the Defense Advanced Research Projects Agency ($506 million). In addition, the fiscal 2020 budget request includes 92 new AI-related activities worth a combined $1 billion, including $209 million for the JAIC, which will coordinate research and prototyping initiatives within the DOD and in conjunction with industry and academia.

Explaining the Rapid Investment in AI

There appear to be only two possible explanations for why the Pentagon’s budget for AI-related R&D could effectively triple over the course of a single fiscal year. The first is that the Pentagon realistically recognizes the risk of falling behind rival nations in AI development and is pouring resources into catching up. Then-Defense Secretary James Mattis reportedly sent President Donald Trump a memo in May 2018 urging him to develop a national AI strategy to protect the U.S. from losing its technological edge.

Subsequently, both the White House and the Pentagon released AI strategies, the Pentagon launched the JAIC, and DARPA announced a five-year, $2 billion AI Next initiative. But these programs can hardly account for that type of growth.

A second possibility is that Pentagon officials have exaggerated their programs’ participation in AI-related research, or rebranded existing projects as AI projects, in an effort to tap into the governmentwide mandate for AI funding — or “AI-washing.”

One way to test whether an agency is AI-washing its budget is to identify budget activities that weren’t designated as AI-related in previous years, but are in fiscal 2020. Of the 254 unique AI-related activities carried over from fiscal 2019 (346 total minus 92 new activities in 2020), Bloomberg Government counted more than 70 that had no recognizable AI component in the fiscal 2019 budget request, but nevertheless added AI-related descriptors in 2020.

It’s possible that some or all of these cases represent organic attempts to layer artificial intelligence or machine learning capabilities on top of existing analytical tools where AI is not the primary research focus. This is also not to say one shouldn’t expect robust growth in the Pentagon’s AI investments. It’s simply a reminder to analyze budget documents with a critical eye.

The Energy Department has made AI an important element of its $5.5 billion scientific R&D budget, along with exascale supercomputing and quantum computing. DOE’s research will focus on areas such as using AI and machine learning techniques as part of cybersecurity solutions to safeguard the nation’s power grid, or developing next-generation microelectronics for applications in AI-enabled devices.

NIH is studying the applications of machine learning in areas such as evidence-based medicine, genetics, and drug discovery. The 2020 budget request would give NIST $688 million to promote U.S. innovation and industrial competitiveness through investments in AI, quantum science, engineering, and metrology.

Other cabinet-level departments are also expected to request millions more in AI-related R&D, creating strong opportunities for producers of AI technologies, large and small, to enter the government marketplace in fiscal 2020.