Rep. Adam Schiff (D-Calif.) asked the three companies in July 15 letters to detail how they planned to address doctored videos and images, including “deepfakes,” which are manipulated content created with artificial intelligence.

All three companies responded that they’re analyzing how to combat manipulation efforts on their platforms, according to responses shared by Schiff’s office.

“The responses from Facebook, Google, and Twitter make clear that the platforms have begun thinking seriously about the challenges posed by machine-manipulated media, or deepfakes, but that there is much more work to be done if they are to be prepared for the disruptive effect of this technology in the next election,” Schiff, chairman of the House Intelligence Committee, said in an statement Friday.

Schiff asked the companies how they each addressed the manipulated video of Pelosi (D-Calif.) from May 22 that was slowed down to make it appear as though she was slurring her words. He also asked how the companies were addressing deepfakes and manipulated content ahead of the 2020 elections. 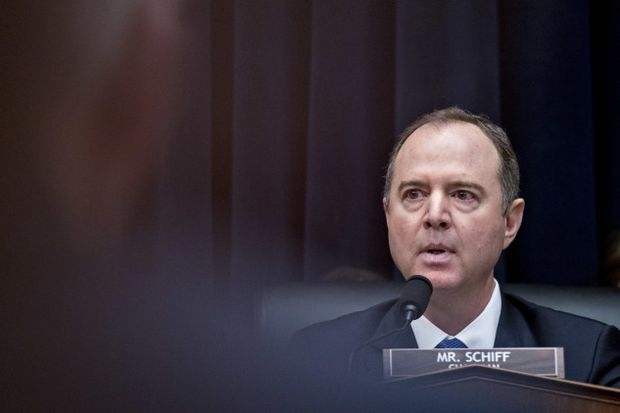 Schiff’s committee held a June 13 hearing on the national security challenges of artificial intelligence, manipulated media and deepfake technology with academics and artificial intelligence experts. None of the tech companies testified, but discussion of the Pelosi video featured prominently in the hearing.

Twitter said in its response that as of July 31, the company was aware of just two versions of the video on its site, which do not violate the company’s current policies, but that it did issue a new policy in April regarding election integrity and manipulative behavior.

“If we become aware of the use of deepfakes to spread misinformation in violation of our policies governing election integrity, we will remove that content,” Carlos Monje, Twitter’s director of public policy and philanthropy, said in the letter.

“We are continuing to explore how we may take action — through both policy and product — on these types of issues in the future. We continue to critically examine additional safeguards we can implement to protect the conversation occurring on Twitter,” Nick Pickles, the company’s global senior strategist on public policy, told the House Homeland Security Committee during a different hearing on online misinformation on June 26. Twitter’s letter to Schiff quoted Pickles’ comments.

Facebook said in its response that it reduced distribution of the video after labeling it as fake. CEO Mark Zuckerberg said at the Aspen Ideas Festival in June that the site was too slow to react to the video in taking more than a day to label it as fake. Facebook said in its response that Zuckerberg recently questioned whether deepfakes are different from other false content, and the company is currently considering whether to address this in policy developments.

The company is considering how to apply rules consistently, and has engaged 50 global experts on technical, policy, media, legal and academic background on its policy development process, including participating in a panel hosted by Carnegie Endowment for International Peace and collaborating with the Partnership on AI.

Google said its analyzing whether to update its guidelines when it comes to deepfakes.

“We are always looking into new potential threats related to personal or societal harm arising from new technologies, including this one, and may further update our policies in the future if we identify gaps that are not currently covered by our existing rules or systems,” Karan Bhatia, Google’s vice president of government affairs and public policy, said in the company’s letter.

To contact the editors responsible for this story: Zachary Sherwood at zsherwood@bgov.com; Brandon Lee at blee@bgov.com