Democrats trying to win control of the Senate next year will depend on candidates like Mark Kelly.

He raised $8.4 million this year through June – more than any other candidate in the nation. But the party out of power doesn’t yet have enough Kellys to go around, and Democrats won’t know until deep in the campaign season which of their contenders are good at parrying attack ads, opposition research, and Twitter harangues. 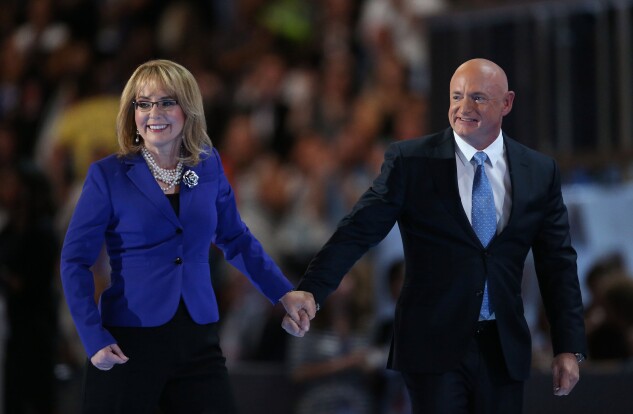 Republicans have advantages in 2020, including a Senate election map dominated by states President Donald Trump won in 2016.

Trump won in 20 of the 22 states where Republicans are defending Senate seats, and he won 15 of them by at least 14 percentage points.

So far they’ve had mixed results.

Colorado and Maine, the only two states Trump lost in 2016 where Republicans are defending Senate seats, are top targets. But Democrats are still looking for candidates in Republican-leaning Georgia, Montana, and Kansas.

“I still think the Republicans are better than 50-50 to hold the Senate, but I also think the Democrats’ prospects look better now than they did a few months ago,” Kyle Kondik, the managing editor for Sabato’s Crystal Ball at the University of Virginia, said in an email.

In Colorado, about a dozen Democrats are seeking to unseat Sen. Cory Gardner in a Democratic-trending state Trump lost by 5 percentage points.

In Maine, Democrats see an opening after Sen. Susan Collins voted in 2018 to confirm Brett Kavanaugh to the Supreme Court and in 2017 for the Republican tax-cut law.

Collins hasn’t made an announcement but is raising campaign money as if a re-election bid is a foregone conclusion — $3.5 million in the first six months of 2019, compared with $1.4 million during the first half of 2013. 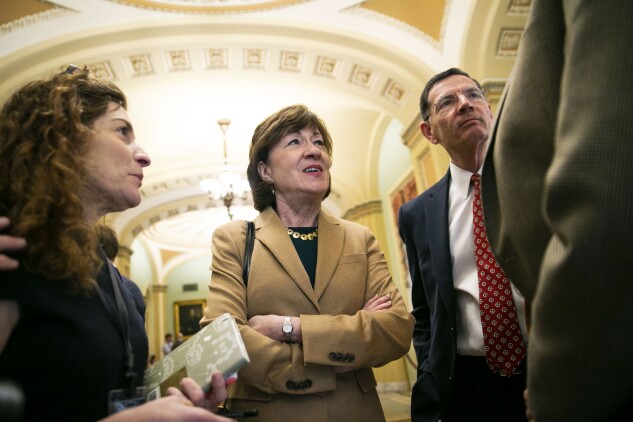 Collins told Bloomberg last week that she’ll “be fine” after she reminds Maine voters of her bipartisanship and state-specific accomplishments.

Another top target for Democrats is North Carolina, where Trump won by fewer than 4 percentage points in 2016, similar to his winning margin in Arizona.

The leading Democratic candidate is Cal Cunningham, a former state senator with a military background. He’s challenging Sen. Thom Tillis (R), who attracted unwanted scrutiny when he supported Trump’s declaration of a national emergency at the nation’s southern border after initially saying he would oppose it. Tillis drew a primary challenger.

“I think evidence is accumulating that Tillis and Collins are both fairly vulnerable,” said Kondik. 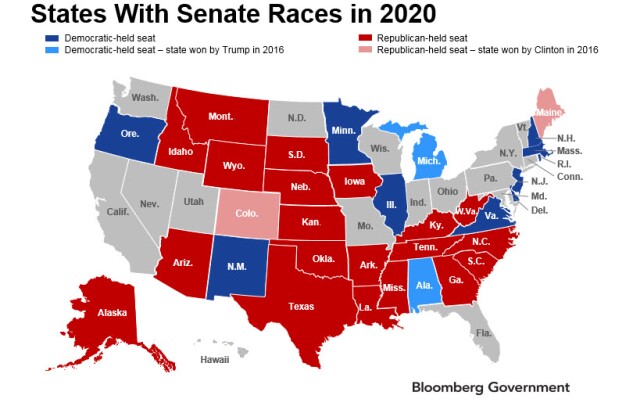 Democrats also are making a play for Iowa, where Joni Ernst (R) is seeking a second term in a state that swung to the Republicans in 2014 and 2016 after voting Democratic in 2012. The preferred candidate of the Democratic Senatorial Campaign Committee is Theresa Greenfield, a real-estate businesswoman.

In Texas, where Trump won in 2016 and Sen. Ted Cruz (R) in 2018 won by single-digit margins, several Democrats including Air Force veteran MJ Hegar are challenging John Cornyn, formerly the Senate’s No. 2 Republican. Ex-Rep. Beto O’Rourke, a 2020 presidential contender who almost toppled Cruz, eschewed a second Senate bid in a state where Democrats last won a statewide election in 1994 but have made inroads in well-educated, large metropolitan areas.

“Senate Republicans are on defense this cycle, trying to rescue weak incumbents with toxic records voting to raise health care costs, gut protections for pre-existing conditions, and hand out tax breaks to corporate special interests and billionaires in states where the president lost or is increasingly unpopular,” said DSCC spokesman Stewart Boss.

But the DSCC hasn’t been able to put away its “help wanted” sign.

In Georgia, where demographic changes have narrowed Republican advantages, Democrats couldn’t entice Stacey Abrams to challenge Sen. David Perdue following her close loss for governor in 2018. Some little-known Democrats are seeking the seat.

In Montana, which Trump carried by 20 percentage points, the top Democratic candidate against Sen. Steve Daines would have been Governor Steve Bullock. He’s running for president and has ruled out challenging Daines even if his White House bid falters.

“After several embarrassing recruiting failures, national Democrats are saddled with lackluster candidates who continue to embrace the same socialist agenda being promoted by Alexandria Ocasio-Cortez and extreme presidential candidates,” said Jesse Hunt, a spokesman for the National Republican Senatorial Committee.

Kansas, where Sen. Pat Roberts (R) is retiring, backed Trump by 21 points in 2016 and hasn’t elected a Democrat to the Senate since the 1930s. Democrats would have an opening if Kris Kobach, an immigration hawk who was on Trump’s disbanded voter-fraud commission, wins the Republican primary.

O’Rourke and Hickenlooper have rejected Senate bids but still have time to change their minds if their presidential hopes don’t pan out.

Most winning Senate candidates initiate their campaigns more than a year before the election. Some, though, have succeeded without a big head start. 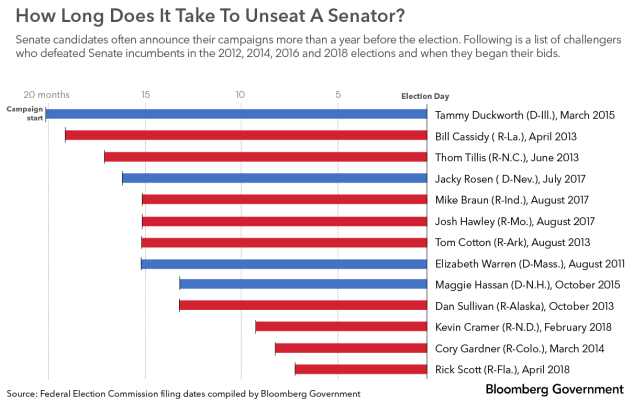 Republicans are the party with a recruitment wild card in Alabama.

Roy Moore, the former chief justice of the Alabama Supreme Court, is running again for the GOP Senate nomination, but so are several other Republicans including Rep. Bradley Byrne.

Sen. Doug Jones (D) eked out a special election victory in 2017 over Moore following accusations of sexual misconduct in the Republican’s past. That state backed Trump by 28 percentage points in 2016: only Joe Manchin (D-W.Va.), who was barely re-elected in 2018, represents a state that voted more strongly for the other party in the 2016 presidential election.

Republicans are eyeing longer-shot takeover bids in Michigan and New Hampshire, where their preferred candidates are military veterans who haven’t held elected office.

Republicans now control the Senate by a margin of 53 to 47, so Democrats need a net gain of three or four seats, depending on who gets tie-breaking votes as vice president.

As for Kelly, despite never having run for public office on his own, the Cook Political Report and Sabato’s Crystal Ball rate his race a toss-up at this stage.

He’s running against Sen. Martha McSally, a former Air Force combat pilot who was on the ballot in 2018 and lost to Democrat Kyrsten Sinema. McSally was then appointed in January to the Senate seat previously held by John McCain.

To contact the editors responsible for this story: Katherine Rizzo at krizzo@bgov.com; Heather Rothman at hrothman@bgov.com