Democratic lawmakers decried a plan by the Homeland Security Department to transfer $271 million toward detention and migrant processing from the Federal Emergency Management Agency and the Transportation Security Administration, among others.

The reprogramming includes $155 million taken from FEMA’s Disaster Relief Fund to be shifted to a program that returns asylum seekers to Mexico to await their immigration court proceedings, according to a document obtained by Bloomberg Government. The plan also includes $116 million to add more beds for migrants and for transportation and removal by Immigration and Customs Enforcement, the reprogramming notification said.

The news comes as Tropical Storm Dorian approaches Puerto Rico and Florida and is predicted to reach hurricane strength.

Democrats in Congress in recent years have railed at a pattern by the Trump administration to spend more than lawmakers appropriated for immigration enforcement. In June, Congress cleared a $4.6 billion emergency budget package to support border operations and provide more humanitarian care to migrants, but omitted the administration’s request to increase beds at ICE.

“Taking money away from TSA and from FEMA in the middle of hurricane season could have deadly consequences,” House Homeland Security Chairman Bennie Thompson (D-Miss.) said in a statement. “This is reckless and the Administration is playing with fire – all in the name of locking up families and children and playing to the President’s base leading up to an election year.” 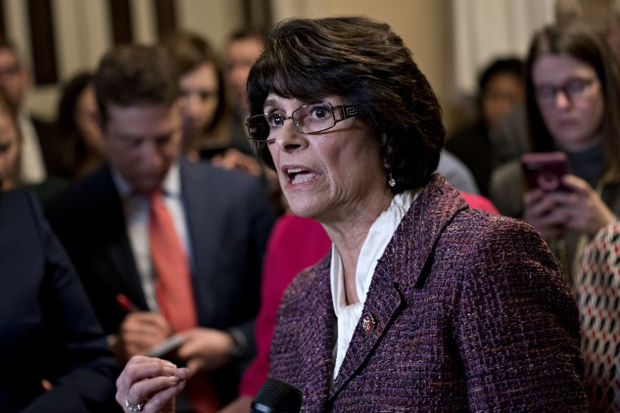 The document the DHS sent to lawmakers is a reprogramming “notification,” not a request. Rather than asking appropriators for permission to move the money, the administration is doing so unilaterally, citing emergency powers detailed in a fiscal 2019 spending bill (Public Law 116-6), Rep. Lucille Roybal-Allard (D-Calif.) wrote in response to the department.

ICE in recent months has been detaining record numbers of migrants, who totaled more than 54,000 as of Aug. 24. In its funding for fiscal 2019, Congress provided money for an average daily population of 45,274.

In addition to the FEMA funding haircut, $24.4 million will be taken from the Coast Guard, $23.8 million from TSA, and $4.3 million from the Cybersecurity and Infrastructure Security Agency, among other departments of DHS.

House Homeland Security Appropriations Subcommittee Chairwoman Roybal-Allard said she was “greatly concerned” about the transfer. It appeared to violate restrictions that such a move could be made so late in the fiscal year only under extraordinary circumstances that imminently threaten human life and safety, she said in a statement.

In the transfer notification documents, the administration said the move is justified because the record levels of families and child migrants crossing the U.S.-Mexico border would exhaust the department’s fiscal year funding, set to run out Sept. 30.

“This realignment of resources allows DHS to address ongoing border emergency crisis by alleviating the surge along the Nation’s Southwest Border while minimizing the risk to overall DHS mission performance,” a press statement from the department said.

In 2018, the administration transferred $200 million, including funds from FEMA, toward migrant detention.