Vulnerable House Democratic freshmen looking to dispel accusations of a do-nothing Congress are pointing to projects benefiting their districts sprinkled throughout a massive defense policy measure headed to the president’s desk.

The $738 billion bill (S. 1790), which the Senate cleared Tuesday, would authorize funding for a range of military programs that lawmakers can tout in campaign ads and at town hall meetings as providing local jobs and boosting national security. Leaders often salt such legislation deemed must-pass with items that cannot advance as stand-alone measures.

Among the provisions in the bill that Democrats are taking credit for are programs to address mold and unsafe housing standards at a military base in Oklahoma, upgrades to a Marine shooting range in South Carolina, and extending a chemical clean-up program to National Guard bases.

There are also authorizations for money that would fix roads to bases damaged by frequent flooding, and for military research and development programs for bases.

“These are things that will change people’s lives for the better,” Rep. Joe Cunningham (D-S.C.) said. “We’re doing our best to broadcast these successes and the differences it’s going to make, so that people won’t believe political rhetoric blasted into their homes from dark money.” 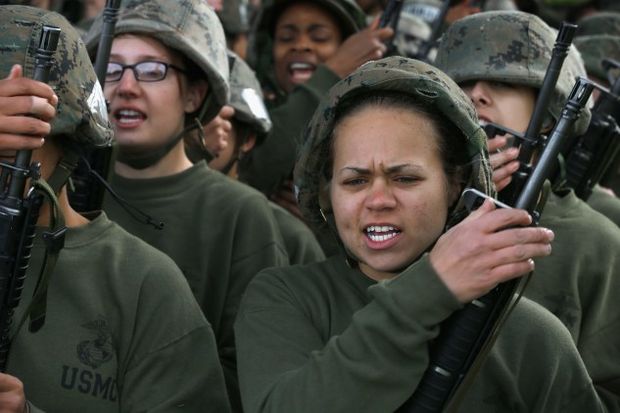 He was referring to GOP ads targeting Democrats elected in districts that President Donald Trump won that criticize them for focusing on impeachment and ignoring the needs of their constituents.

Cunningham is one of 41 Democrats who flipped seats in 2018, and one of 31 lawmakers who won in districts supporting Trump.

The list of provisions introduced or backed by freshman Democrats from conservative or swing districts is lengthy, including several major items such as an increase in military pay, 12-week paid parental leave for federal workers, and pressuring China to stem the flow of fentanyl, a synthetic opioid linked to thousands of overdoses, into the United States.

They can also claim dozens of district-specific wins. Housing plagued by mold and asbestos at Oklahoma’s Tinker Air Force Base near Rep. Kendra Horn‘s district is addressed in the measure through new rights for tenants and additional funding.

The Marine Corps Recruit Depot Parris Island, in Cunningham’s South Carolina district, would benefit from provisions in the bill to modernize shooting ranges to help train enlisted Marines and to create a JROTC program at a local high school.

A provision that would require the military to only buy American-made flatware would be a boom to Sherrill Manufacturing in Rep. Anthony Brindisi‘s upstate New York district. The company is the last remaining flatware manufacturer in the U.S.

Reps. Chris Pappas (D-N.H.), Elissa Slotkin (D-Mich.) and others secured limits on a chemical in firefighting foam used on military bases known as PFAS, which is linked to cancer and other health problems. The bill also would extend a grant program to clean up the chemicals to National Guard bases , an important change for Slotkin’s central Michigan district.

“It’s a really big deal,” said Slotkin. “Our job is to pass legislation that impact people’s pocketbook and their kids.”

A worry for members facing tough re-elections in 2020 is a perception that Congress isn’t being productive and, more recently, has been hung up on impeachment. With fewer individual bills seeing action, attaching language to must-pass bills has become a critical strategy for members to notch wins. Lawmakers are, however, ending the year with key agreements on spending for fiscal 2020 and the U.S. Mexico Canada trade deal that will provide vulnerable members some legislative accomplishments to cite when they return home for the holiday break.

Democrats say much of the House-passed legislation has stalled in the Republican-controlled Senate where Majority Leader Mitch McConnell (R-Ky.) has largely focused on confirming Trump’s nominees for the federal courts.

“It’s very helpful politically to point to a specific win for the district,” he said. “But that doesn’t come at the expense of, on a more broad level, ‘Here are all the things we tried to do and we can’t because the Senate blockaded them.’”

“We can’t stand pat by just passing a bill through the house and thinking our work is done,” Pappas said. “We need to get something accomplished. We need deliverables for our constituents.”

Despite the defense bill’s passage, Brindisi said he doesn’t expect the “Do Nothing” nickname to disappear.

“There’s always going to be criticism we don’t do anything,” he said. “The only way to combat that is by actually doing something.”