When independent testing found asbestos in makeup kits at sold at Claire’s and Justice, the U.S. government couldn’t force the retailers to take the tainted products off the shelves of the stores favored by tweens.

The Food and Drug Administration (FDA) has limited power over the cosmetics industry, so a voluntary recall was the only option. The retailers disputed the findings but ultimately pulled the items and told customers to stop using the products.

On Capitol Hill, the cosmetics industry already was backing an effort to give the FDA authority over products like lipstick, shampoo and lotion. The asbestos episode provided a new talking point for the companies and the consumer groups pushing to impose some government oversight.

“Finding asbestos over and over in products containing talc is a game changer because this is a 45-year-old experiment that failed,” said Scott Faber of Environmental Working Group’s (EWG). “We trusted industry to keep asbestos out of these products and they failed.” 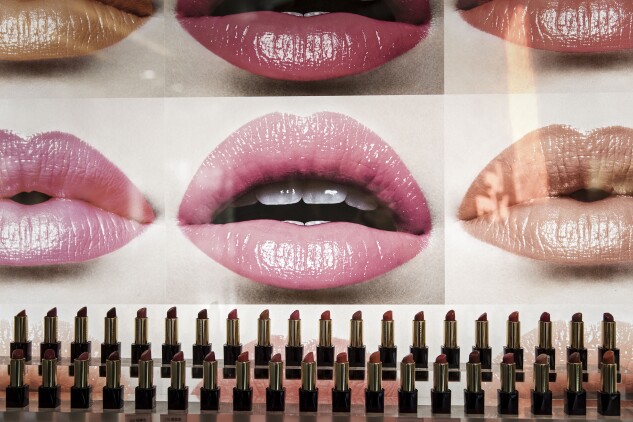 The cosmetics industry has been asking Washington to impose some clear — but relatively limited — regulations. It also wants any new FDA power to supersede state-level requirements.

Its main advocacy group, the Personal Care Products Council (PCPC), has endorsed giving the FDA the power to force recalls when companies fail to take unsafe products off the shelves. The goal would be to “mirror protections applied to other FDA-regulated products,” according to its “Principles for Federal Cosmetics Reform.”

The trade association did not provide a comment for this story.

Their bill has the backing of the American Academy of Pediatrics and “a diverse and growing coalition of companies, from small manufacturers of handmade personal care products to large companies in the industry,” according to an emailed statement from the sponsors.

Overall, at least 17 groups and companies—including Estée Lauder Co., Unilever,Johnson & Johnson, the Fragrance Creators Association and the Independent Cosmetics Manufacturers and Distributors (ICMAD)—have listed lobbying on the bill since it was introduced in February.

Anything in Any Amount

The Environmental Working Group, which advocates on issues related to toxic chemicals, is among the bill’s backers.

“It’s crazy that cosmetics companies can put just about anything in cosmetics in any amount. Fortunately, most of the cosmetics industry agrees that it’s crazy,” said Faber, which calls the legislation one of EWG’s top priorities.

The bill would require the FDA to study at least five chemicals or ingredients included in personal care products per year to determine their safety and create regulations on Good Manufacturing Practices (GMP), as it does with pharmaceuticals, and require the sharing of “serious adverse event” reports.

Among other things, it would give the FDA recall authority, compel companies to tell the FDA what’s in their products and put full ingredient lists, with any warnings, online. The legislation would pre-empt state laws and wouldn’t compel personal care products to be approved by the FDA before they are sold.

House Energy and Commerce Committee Chairman Frank Pallone (D-N.J.) is working on similar legislation and has circulated a draft to interested groups.

“Millions of Americans assume that the cosmetic and personal care products they are using every day are safe, but that isn’t always the case. The cosmetics industry has experienced exponential growth in recent years, but the relevant consumer safety laws have not been updated in over 80 years,” Pallone said in an emailed statement. Johnson & Johnson is based in New Brunswick, N.J., in Pallone’s district.

Meanwhile, the Campaign for Safe Cosmetics wants more stringent regulations than proposed in the Senate bill.

“I’m so sick and tired of Congress thinking that the only way they can pass a bill is if the industry they’re trying to regulate signs off on it,” says Janet Nudelman, the group’s director.

“You could say, ‘Yeah! This is the biggest overhaul ever.’ But that’s not saying much,” she adds. “Let’s not write a bill that industry can stomach, let’s write and pass a bill that is truly health-protective and puts consumers first.”

Nudelman wants Congress to require full disclosure of the myriad of chemicals that make up raw materials —like talc— and single fragrances that personal care product manufacturers buy from suppliers, in addition to providing the FDA with more cash to handle an increased regulatory workload.

Other than when dyes are added to products, cosmetics and personal care products aren’t subject to any pre-market FDA review. Companies also aren’t required to turn over “adverse incident reports” from consumers under current law.

Instead, the industry created its own watchdog, the Cosmetic Ingredients Review panel, in the 1970s.

The industry group ICMAD wants companies to have a single national standard that they know they can live with.

“We have a few people who send the message, ‘Oh there is a crisis and people are dying like flies from using cosmetics.’ And then you have people in Congress and at the FDA who are being much more fact-based, saying that is not the real situation were seeing out there, so let’s be careful and not create legislation just to create legislation,” ICMAD Chairman Sanjiv Mehra said in a telephone interview. “Let’s legislate for reality rather than myth or clickbait.”