Enforcement and regulatory actions are off the table at the Federal Election Commission with one of its four commissioners set to depart Aug. 31.

The remaining three commissioners will still be able to meet after the FEC’s vice chairman, Republican Matthew Petersen, leaves. They’ll be able to conduct limited business, such as receiving and making public campaign finance disclosure reports filed by federal candidates and political committees, according to commission officials. Without the legally required four-member quorum, however, they won’t be able to address enforcement complaints, offer advisory opinions, -or write rules.

Vulnerabilities in U.S. elections exposed by Russia in 2016 “will be exploited to greater effect by foreign and domestic actors in the 2020 election and beyond,” without a functioning regulatory agency, said Trevor Potter, a former Republican FEC commissioner who now heads the nonprofit Campaign Legal Center. With campaign spending in the 2020 election projected to reach nearly $10 billion, “there is no time to waste in securing our democracy,” he added. 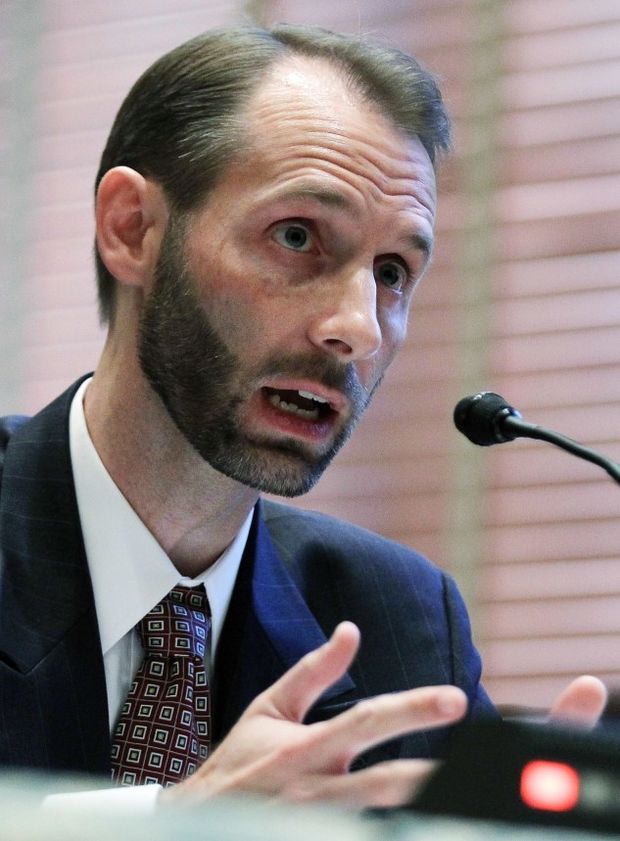 President Donald Trump and the Senate “should treat this resignation as an emergency and agree on the nomination and confirmation of a new slate of FEC commissioners who are qualified for the job and committed to enforcing our nation’s election laws,” said Potter.

There was no sign of immediate action, however, following Petersen’s surprise resignation announcement Monday.

Contacted by email Tuesday, the White House had no immediate comment on FEC appointments.

Senate Majority Leader Mitch McConnell (R-Ky.) also didn’t comment, but a senior Senate Republican aide, who asked not to be named, said senators are working behind the scenes to secure a bipartisan agreement to revamp the FEC.

“There is an ongoing effort to fill all six FEC commissioner seats,” the Republican aide said. “To do that though, Senator Schumer and Senate Democrats must replace the two longtime Democratic holdovers. A clean slate of members will go a long way toward fixing some of the perceived dysfunction at the Commission.”

While Potter and others called a functioning FEC critical to clarify and enforce campaign finance laws, frequent party-line deadlocks have limited enforcement and regulatory action at the commission. In recent weeks, the commissioners announced dismissal — on deadlocked 2-2 votes — of cases involving alleged foreign election interference and illegal activity by a super political action committee.

Petersen and fellow Republican Caroline Hunter voted to block an investigation of whether Russian money was funneled through the National Rifle Association to help pay for $30 million worth of campaign ads bought by the NRA to help elect Trump president in 2016, according to FEC documents released this month.

In another case in which the commission released documents last month, the Republican commissioners voted to drop a complaint alleging an illegal $9 million contribution to Hillary Clinton’s 2016 campaign due to coordination between the campaign and a super PAC called Correct the Record. In both cases, the two Democratic commissioners, Ellen Weintraub and Steven Walther, voted to pursue enforcement action.

In one of his last actions at the FEC, Petersen said at a commission meeting Aug. 22 that lengthy discussions with Weintraub, the commission’s chairman, to come up with a new rule requiring disclosure of those funding internet political ads had reached a dead end. Russian-sponsored messages in the 2016 campaign highlighted the need for transparency, supporters said, but Republicans and Democrats on the FEC couldn’t agree on details of required disclaimers on online ads.

“I have not been able to develop the formulation that will bring us to consensus,” Petersen said. “I wish I had more to say.”

The comment prompted Weintraub to state that, after FEC inaction before the last two elections, it is unclear “how we are going to get anything done before the 2020 election.”

Appointing new commissioners hasn’t been a high priority for the White House. Two commission seats have been vacant for more than a year, and all six seats on the commission are available for a new appointment.

Trump, so far, has made only a single nomination, Texas lawyer James “Trey” Trainor, and the Senate has taken no action on that nominee.

Petersen came to the commission in 2008. His term expired in 2011, but he and the other current commissioners were allowed under the law to continue serving in “holdover” status until replaced.

In a resignation letter to Trump, Petersen said he was proud of his service but gave no reason why he decided to depart now nor what he plans to do next.

“I take satisfaction in having fulfilled my obligation to safeguard First Amendment interests while faithfully administering and enforcing the federal campaign finance laws,” he said in a statement released by the FEC.

Petersen was nominated by Trump in 2017 for a federal judgeship but withdrew his name from consideration after a disastrous confirmation hearing, during which he couldn’t answer questions about motions and procedures for trying a case in court. He said he would continue serving on the FEC.

Trainor was nominated to replace Petersen after Petersen was named for the bench in the federal district court in Washington. Trump has made no nominations for the two vacant seats on the commission, one Republican and one Democratic. FEC nominations in the past have always been confirmed in bipartisan pairs.

To contact the editors responsible for this story: Adam Schank at aschank@bgov.com; Loren Duggan at lduggan@bgov.com