A yet-to-be-released Justice Department rule that would give the government sweeping powers to deport immigrants who use public benefits has spurred White House lobbying by immigration advocacy groups and local governments.

The actual text—which is under review at the White House’s Office of Information and Regulatory Affairs—has yet to be released, even in preliminary form, but immigration advocates say it has far-ranging implications for states and municipalities, and legal residents and U.S. citizens as well.

It is similar to a Homeland Security Department rule that became final in August expanding the definition of “public charge,” or a person who depends on government support, including some housing assistance, the Supplemental Nutrition Assistance Program, known as SNAP, and Medicaid. 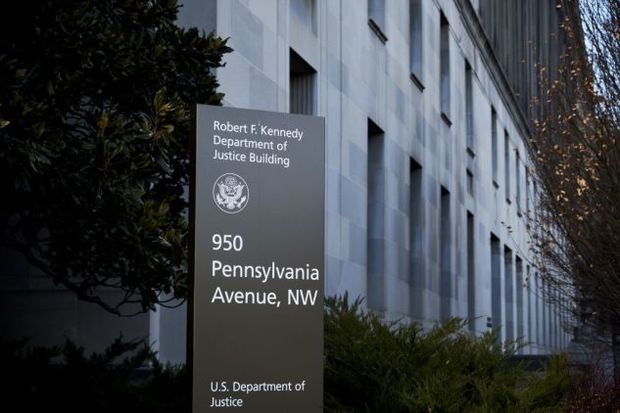 Advocates for groups such as the National Immigration Law Center and city offices, including the Mayor’s Office of Philadelphia, have been meeting with administration officials working to vet the department’s proposal over the last three weeks, according to White House public calendars.

Opponents of the rule want to make sure the government analyzes the costs and benefits thoroughly as it reviews the Justice Department version.

“It has a significant regulatory impact, not only in terms of the dollars lost to state and local governments, but it will also have an adverse impact on the overall economy and segments of the economy. In particular, the safety net healthcare system,” said Gabrielle Lessard, a senior policy attorney at the NILC, who met with OIRA on the latest proposal.

Community health centers—many of which, she says, cater to immigrants—derive most of their funding from Medicaid. NILC fears putting the rule in place could prompt clinics and hospitals to close, which would lead to harm rippling through the economy.

Regulations that have an economic impact of $100 million or more must go through a cost and benefit analysis. The Justice Department hasn’t deemed its proposal “economically significant,” requiring review, in contrast to the DHS rule, which was categorized as significant.

There have been eight OIRA meetings completed or planned about the forthcoming rule from mid-August to early September, including one with Doug Rand, co-founder of Boundless Immigration Inc., a platform that helps immigrants navigate the green card and citizenship process, and another two this week with the Leadership Conference on Civil and Human Rights and the Food Research & Action Center.

Under the DHS rule, which the NILC and others are challenging in court, the U.S. government could deny visas and green cards to immigrants who are—or could eventually become— public charges. The Justice Department draft goes a step further, opening the door to deporting those who take certain government benefits. Unlike the DHS rule, it wouldn’t exempt from deportation refugees or asylum seekers, and lawful permanent U.S. residents who hold green cards could also be affected.

“If DOJ’s proposal takes effect, all of these refugees, children, veterans, and adults with disabilities would be faced with the devastating choice of either accessing the benefits federal law makes them eligible to receive and that they need to stay strong and healthy or risking being deported away from their homes and families,” wrote Maripat Pileggi, a lawyer at Community Legal Services of Philadelphia, in a letter Philadelphia local government officials presented to OIRA and the Justice Department.

State and local governments say they would also have to create computer systems for their health agencies to comply and worry about greater demand for state benefits. San Francisco estimates it would have to shoulder an estimated $45 million per year in increased local health program costs, the NILC wrote in a memo to OIRA.

Two congressional measures—a successful amendment in committee to a House homeland security appropriations bill (H.R. 3931) and standalone legislation from Rep. Judy Chu (D-Calif.) (H.R. 3222)—have aimed to kill the rule by banning the government from spending money to enforce it.

The U.S. Chamber of Commerce, the Healthcare Association of New York State, or HANYS, the Network Lobby for Catholic Social Justice, Eastern Michigan University, and a number of California governments and public entities were among the two-dozen organizations that lobbied Congress and federal agencies on the DHS public charge rule, with all appearing to oppose it.

Many groups are keeping an eye on the suit against DHS and waiting to see how the Justice Department moves forward with its proposal, but some are already seeing an impact.

“The damage is already done on so many fronts, because of the chilling effect, said Elyse Oveson, HANYS’s senior director of federal relations. “People are already afraid.”

“That’s hard to measure, but we know that’s happening, regardless of what the content” of the Justice Department proposal is, “unfortunately,” she said.

With assistance from Michaela Ross