The political discord surrounding border security and immigration policies is distracting the Department of Homeland Security from its other core missions, ex-heads of the agency testified.

Former secretaries from both the Bush and Obama administrations Janet Napolitano, Jeh Johnson, and Michael Chertoff testified Monday to the Senate Homeland Security and Governmental Affairs Committee at a field hearing in New York. The session at the National September 11 Memorial & Museum was part of the lead-up to this week’s anniversary of the 2001 terrorist attacks that spurred the department’s creation.

“I confess that I view today’s DHS with despair and dismay,” said Johnson, secretary from 2013 to 2017 under President Barack Obama.

“The department and its leadership appear to be overwhelmed by the politically contentious and emotional immigration mission and the crises that have existed on the southern border, to the exclusion, I fear, of all these other important homeland security missions,” he said. 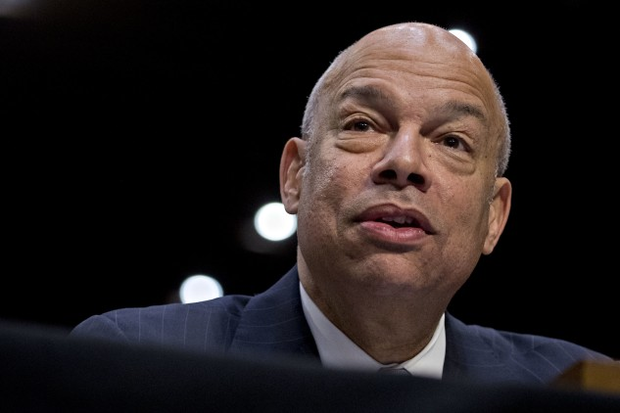 Lawmakers on both sides of the aisle have expressed concerns about how the current DHS focus on border security may be affecting its other missions, such as responding to natural disasters and preventing cyberattacks.

In recent months, Trump administration immigration policies have led employees at businesses such as Amazon.com Inc. and Alphabet Inc.’s Google to urge the companies to boycott working with the department. Some Democratic lawmakers, such as Rep. Alexandria Ocasio-Cortez (N.Y.), have called for the elimination of immigration agencies at the department or even DHS in its entirety.

Napolitano, who also served under Obama from 2009 to 2013, directly criticized one of the Trump administration’s top and most contentious priorities: the construction of new fencing along the U.S.-Mexico border.

“The debate about a costly and needless border wall should come to an end,” she said. “It distracts from the overall mission of DHS— it is a red herring.”

One Republican lawmaker, Sen. Josh Hawley (Mo.), pushed back on Napolitano’s dismissal of the border as a major threat. Hawley pointed to the smuggling of drugs that had ravaged his state.

After the hearing, committee Chairman Ron Johnson (R-Wis.) said his committee always worked to be bipartisan even as border issues remain contentious.

“We acknowledge the areas of disagreement, but concentrate on the areas of agreement, that’s how you can actually accomplish something,” the chairman told reporters.

Chertoff, who served from 2005 to 2009 under George W. Bush, also said the anniversary of the Sept. 11 attacks serves as a reminder to how both parties worked together in a bipartisan manner on security issues.

“We are a nation bound by common values and a common constitution,” Chertoff said. “That is something we need to continue to cherish and uphold.”