A push to make permanent an excise tax break on beer, wine and distilled spirits has been languishing in Congress despite bipartisan support. But there’s renewed hope for the booze break and numerous other dangling issues as lawmakers bargain over what to stuff into must-pass spending legislation before they leave town for the holidays.

The appropriations package that would fund the government for the remainder of fiscal 2020 is being eyed as the vehicle for a range of non-spending items, including extensions of the Export-Import Bank’s charter and the flood insurance program. Both of those programs are set to lapse when the current stopgap spending bill expires Dec. 20.

Proposals to bail out a failing miners’ pension fund and changing contribution and withdrawal rules for individual retirement accounts are also on the table, as lawmakers use these issues as chips to secure support for the broader must-pass bills.

The popularity of alcohol industry tax break, which expires at the end of this year, could help drive passage of a package of tax extenders, along with dozens of expired and expiring tax breaks that Congress has yet to act on, including tax perks that are valuable to biofuel producers and railroads.

“It takes us to the end of any given year to determine what to do with the extenders,’’ said Jim McGreevy, president and chief executive officer of the Beer Institute, which is lobbying to extend the tax break. “We are confident it will get done’’ because of its widespread support on Capitol Hill. 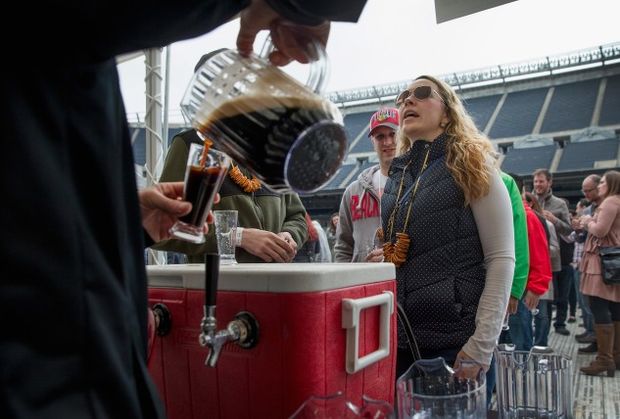 The companion measures (S. 362,H.R. 1175) were introduced in February and have 327 House sponsors and 74 in the Senate. While gathering more co-sponsors, they’ve awaited action by tax writing committees, which typically prefer to assemble a package of tax extenders rather than extending breaks individually.

The tax break has made starting a craft brewery “even more attractive to do” in an already growing and competitive industry, said Bob Centa, chief financial officer of Great Lakes Brewing Co., a mid-sized craft brewer in Cleveland.

Almost 2,100 breweries obtained federal permits to make beer in the two years after Congress enacted the 2017 excise-tax break, according to Treasury Department figures. In 2017, there were 6,266 craft breweries that sold $26 billion worth of beer, accounting for 23% of the U.S. beer market, according to Brewers Association figures cited in a Sept.7, 2018 Congressional Research Service report.

The additional $2 levy on each of the last 80,000 barrels Great Lakes produces means “we could not reinvest in new equipment, add new jobs, add benefits,” Centa said.

The Ex-Im Bank’s charter, along with its authority to approve export credits and the flood-insurance program were set to expire Sept. 30. But Congress has twice extended those authorities in stopgap spending measures, the second of which is set to lapse Dec. 20.

Hoyer told reporters Tuesday that House and Senate negotiators are “pretty close to an agreement” to extend Ex-Im’s authority to approve export credits, for which a three-member board quorum is required to authorize transactions of more than $25 million.

President Donald Trump favors a 10-year extension to give businesses the ability to plan export sales by ending periodic suspensions of the Ex-Im’s lending authority.

Both Ex-Im and the flood insurance program enjoy bipartisan support, but also face opposition in some quarters, which is particularly problematic in the Senate where one or two senators can hold up legislation.

A wildcard in the talks is legislation (S. 2788) to bail out the failing United Mine Workers of America pension fund. Sen. Joe Manchin(D-W.Va.) threatened to block the must-pass spending bill unless that relief is included.

“Time is running out for our coal miners,’’ Manchin said Wednesday in a floor speech. “We need to fix this now, not in 2020,” he said, threatening to keep the Senate in session “through New Year’s” unless lawmakers put “coal miners first.” He said later in an in interview that he was “hopeful” that the pension measure be included in the spending package.

Other bills that might ride to passage on the spending measure include:

To contact the editors responsible for this story: Bennett Roth at broth@bgov.com; Kyle Trygstad at ktrygstad@bgov.com; Patrick Ambrosio at pambrosio@bloombergtax.com