Boeing’s $15 million investment in Washington lobbyists will be tested as the company confronts questions about the safety of its 737 MAX airliner and about the way it has fulfilled its contracts with the U.S. government.

The aerospace company is the No. 2 supplier of goods and services to the federal government, to the tune of about $30 billion per year. Only Lockheed Martin Corp. sells more.

The U.S. has joined more than a dozen countries in grounding Boeing Co.’s 737 MAX fleet following the second fatal crash of the model since October. 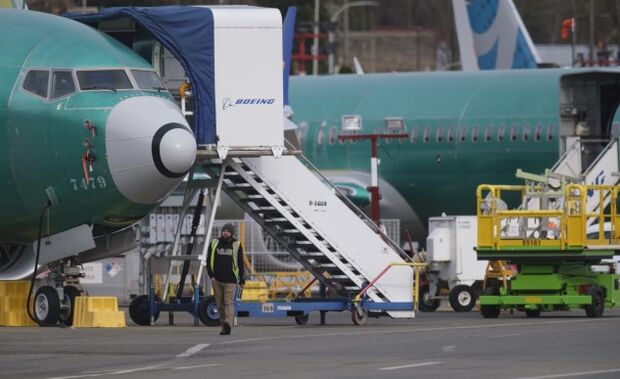 The Federal Aviation Administration (FAA) initially said it wouldn’t require the planes to be pulled from use, and Boeing CEO Dennis Muilenburg spoke on the phone with President Trump on Tuesday, according to the Associated Press, urging the president to keep it that way.

The next day, however, White House announced that the fleet would be grounded in the U.S., where Southwest operates 34 of that model planes and American Airlines had 24 in operation.

On Wednesday, NASA Administrator Jim Bridenstine told a Senate hearing that manufacturing delays and cost overruns have NASA weighing whether to forego a moon launch using a Boeing-built rocket and instead go with a private company.

The agency has been committed to using the Boeing Space Launch System, Bridenstine said, but NASA is now looking at “commercial capabilities” to meet a June 2020 deadline for the mission around the moon. The pricetag of the Boeing SLS, the largest rocket in U.S. history, is running late and more than double the original cost estimates.

Congressional oversight of those and other issues will continue, and Boeing’s army of advocates will attempt to quell any backlash against the company, which is based in Washington state.

A few numbers of note about Boeing’s Washington footprint:

$15 Million: The company spent more than $15 million to advocate before federal policymakers on Capitol Hill and regulatory agencies in 2018 — on issues including defense, trade, and environmental policy, according to disclosure reports. That figure was the lowest amount the company had spent on lobbying by the company over the last decade, down from its all-time-high of $21.9 million in 2015.

100: There are nearly 100 lobbyists representing Boeing, according to lobbying disclosures, including a 28-person in-house team and representatives at the 23 lobbying firms the company has on retainer.

3: It was the third-highest corporate spender on lobbying in 2018, behind Google Inc. and AT&T Inc.

26: Boeing’s paid advocates most frequently seek to influence the House and Senate, according to lobbying disclosure reports. They also have reported lobbying 24 other agencies or entities, including the FAA, the White House, the Environmental Protection Agency, the Treasury Department, the Pentagon and the U.S. Export-Import Bank.

$100 Billion: Boeing has inked more than $115 billion in federal contracts between fiscal year 2014 and fiscal year 2018, according to Bloomberg Government data.