The NCAA college basketball tournament kicks off this week – and everyone is tuning in. Here are some things to know about the basketball. The Bloomberg Government Women’s and Men’s Bracket can be downloaded below.

1. Basketball has two basic plays: Zone and Man to Man. Coaches will often develop new plays, such as 5-out motion offense or a quick hitter, to get their team to success.

With Bloomberg Government’s meeting notes you can talk to the key players on your team and assign out a point for your policy focus to power forward on issues and keep you centered on your organization’s priorities!

2. Basketball player statistics really help you understand who the strong players on your team are, what their shooting average is, and other key statistics.

3. The federal government currently has 21 open solicitations to create or repair basketball courts (this number will change over time), which is something they spent $2M on in FY18. GSA Schedule 78, which the government uses to purchase sports equipment, saw $74.2M in spending over FY18, with DoD accounting for 58 percent of that total.

4. Last year, Congressman Payne said it best: “Thank you, Madam Speaker, Madam Speaker, today begins the best time of the year, March Madness is in full effect as of noon today. And I am here to support a team that I have followed for 50 years in college basketball, the Seton Hall Pirates. 30 years ago, Madam Speaker, they played for the championship of the Final Four against a Michigan team and lost by one point. Today, we have another team that has the potential of going all the way.”

From legislative debate to one-minute speeches, Bloomberg Government has all the coverage you need on and off the congressional floor.
(See https://www.bgov.com/us_legislation?niReferrerLink=topnav-ga#!/floor_watch/week/2018/3/15.)

With BGOV’s Floor Watch feed and alerting system, you do not need to watch the floor to watch your favorite topics come up or the debate on the floor. You can also read:

5. The basketball court is not the only place that people push for success. The NCAA spent $400,000 in 2018 lobbying on a variety of important issues, including S. 3793, the Sports Wagering Market Integrity Act of 2018; issues related to stadium security and drones; and sports medicine licensing. (https://www.bgov.com/core/lobbying/lobbying_clients#!/938028)

6. There were 34 different pieces of legislation dealing with basketball in the 115th Congress. One piece of legislation would allow the U.S. Mint to produce coins in recognition of the 60th anniversary of the Naismith Memorial Basketball Hall of Fame. Introduced by Senator Elizabeth Warren, the bill had 70 co-sponsors.
https://www.bgov.com/core/legislation/federal/bills/#!/6437331146068197404

7. Senators love their home sports teams! With BGOV’s legislative tracking, you can track this and more legislation! https://www.bgov.com/core/search/bills/app?niReferrerLink=topnav-ga#!/

9. The NCAA College Basketball Hall of Fame is located in Kansas City, MO, inside the 5th Congressional District of Missouri represented by Emanuel Cleaver. Using BGOV data, you can find out that the median household income is $50,663, 14.7 percent of the population is below the poverty level, and 27.7 percent has a bachelor’s degree or higher. https://www.bgov.com/core/bgov_labs/projects/?niReferrerLink=topnav-ga#!/CD_ACS

10. The National Basketball Hall of Fame is located in the 1st District of Massachusetts represented by Richard E. Neal. Using BGOV data you can find out that the median household income is $55,465, 14.2 percent of the population is below the poverty level, and 29.5 percent has a bachelor’s degree or higher.
https://www.bgov.com/core/bgov_labs/projects/?niReferrerLink=topnav-ga#!/CD_ACS 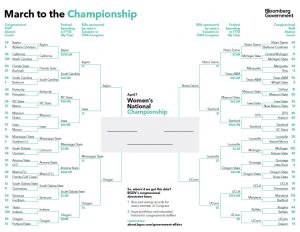