The name Amazon.com, Inc isn’t on the ballot for a Seattle City Council race, but it may as well be.

The corporation, which was stung by a failed 2018 proposal that would have levied a municipal “head tax” related to the size of big corporate workforces, has donated an unprecedented amount of money to try to elect a more business-friendly city council.

The online giant’s $1.5 million donation to a Seattle Metropolitan Chamber of Commerce political action committee called CASE dwarfs those to every other interest group primarily focused on the Council elections. It’s more than triple the next largest donation of $460,123, which went to the hospitality workers union UNITEHERE! Local 8 PAC from its parent union PAC to support a progressive candidate opposed by CASE, according to the state Public Disclosure Commission database as of Oct. 30.

The donation is “unprecedented for Amazon, which has stood apart from getting directly involved in local politics up until the infamous head tax of last year,” said University of Washington history professor Margaret O’Mara, whose research focuses on the nexus between the high-tech industry and American politics.

With seven of nine Council seats open, Amazon, CASE and its business community allies have an opportunity to transform the body.

“This most recent influx of money from Amazon is callously disrespectful to the residents of our city,” Rep. Pramilla Jayapal (D-Wash.) said Friday at a press briefing. At the same briefing, Seattle Councilmember Lorena Gonzalez said she plans to introduce a measure to outlaw super PACs in the city. Gonzalez said Amazon and other corporate cash is intended to thwart Council in its drive to increase workers rights and address issues such as income inequality.

At an Oct. 24 demonstration in front of an Amazon building, a pair of council members who aren’t up for election this cycle flanked socialist council member Kshama Sawant holding a sign reading “Amazon Can’t Buy City Hall.”

“For Amazon, this year’s election is like a test lab for them,” Sawant said in an Oct. 25 interview. “If we allow them to carry out a hostile corporate takeover of our city’s democratic process and install their stooges on City Council, then they are going to try this in other cities as well. They’re testing it here and then they’ll do it in other cities.” 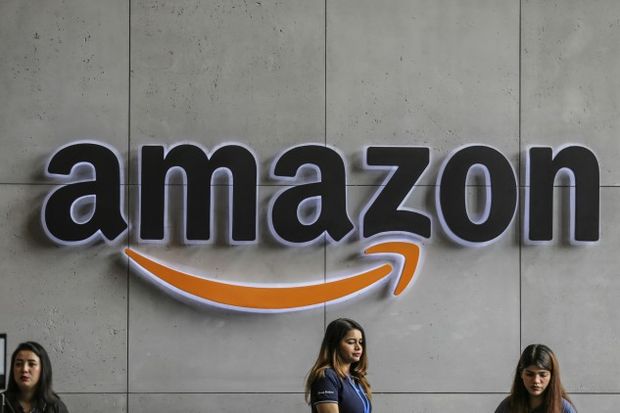 Amazon and CASE portray business involvement in the election as an effort to move away from a council driven by ideology to one driven by the practical realities of running a city.

“We are contributing to this election because we care deeply about the future of Seattle,” Amazon spokesman Aaron Toso wrote in an Oct. 29 email. “We believe it is critical that our hometown has a city council that is focused on pragmatic solutions to our shared challenges in transportation, homelessness, climate change and public safety.”

“Amazon made the race more about Amazon by giving that money,” said O’Mara. “It was already about Amazon to a certain extent. But it nicely underscores the message that Kshama Sawant and other progressives have been broadcasting, which is that Amazon is a big bully and they are changing our city too much.”

There is a bitterness to the battle.

Sawant is a polarizing figure who has villified corporate titans such as Amazon CEO Jeff Bezos by name. She has been part of a council that enacted a $15 minimum wage; predictable scheduling for workers such as baristas; tenant rights expansions; protective work rules for hotel employees; and a local Green New Deal that proposes phasing out the use of natural gas.

Corporations and business associations that face potential impacts of those new policies have joined Amazon and CASE in the quest to shift the council’s conversation back toward the center.

Yet its threat in 2018 to halt growth in its home city if the council didn’t back down on the head tax–even as it touted the search for a second, co-equal headquarters in another city–created a palpable fear that infected a jilted Seattle.

The business community launched a ballot measure campaign to repeal the head tax. Polling that had shown a public appetite for new taxes to address homelessness suddenly found a shift toward the opposition. The council backed down and repealed it.

“What we are looking for in the candidates that we’ve endorsed is a willingness to partner with business,” Markham McIntyre, the executive director of CASE, said in an Oct. 29 interview. “We think that’s really the way to deal—a public-private partnership—not city council kind of demonizing the business community and trying to end capitalism.”

CASE has spent about $460,000 in independent expenditures to support Sawant’s opponent, Egan Orion, according to the state Public Disclosure Commission database as of Oct. 30. Sawant hasn’t drawn significant support from PACs, instead relying on contributions of $480,136 from 6,671 individual donors, according to the Seattle election database as of Oct. 30.

“We were doing fine all on our own raising money for our race,” said Orion, an LGBTQ activist who makes his living promoting small businesses. “Amazon coming in at the last minute served as a distraction for us to be able to get our message out as ballots were dropping.”

“I think it would be Kshama Sawant’s dream if she were running against Amazon,” Orion said. “But unfortunately for her, she is running against a community organizer and a small business advocate in me.”

To contact the reporter on this story: Paul Shukovsky in Seattle at pshukovsky@bloomberglaw.com