An attorney for Florida’s governor warned the state’s highest court about the importance of its opinion on the interpretation of a constitutional amendment intended to restore voting rights to former felons.

Florida is likely to play a pivotal role in the 2020 presidential contest. DeSantis has asked the court for an advisory opinion to settle whether the restoration of voting rights “upon completion of all terms of sentence including parole or probation” under the amendment includes fees, fines and restitution.

Nearly two-thirds of Florida voters approved Amendment 4 in November 2018 to allow felons, except those convicted of murder or a felony sexual offense, to automatically regain voting rights. More than 1 million former felons could benefit from the provision. 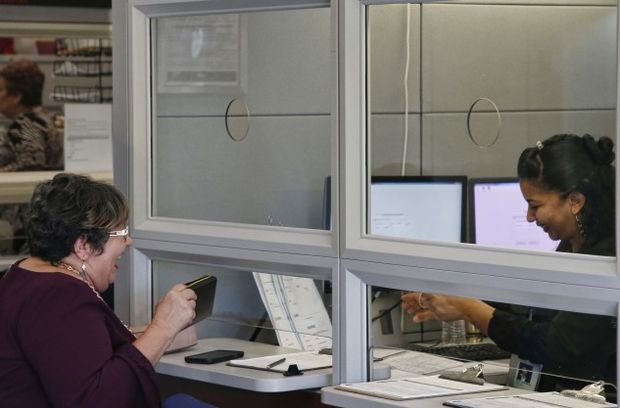 But to implement it, DeSantis in June signed a bill that withholds voting rights until ex-felons pay all court-ordered fines, fees, and restitution in their cases.

Jacquot said the amendment’s “plain language” did not stop at just terms of incarceration or punishment.

“When sentencing includes fines, restitution, fees, and costs, then completion of all terms of sentence requires the satisfaction of all legal financial obligations,” he said.

“The question the governor’s asking is, are all those debts to society included in all terms of a sentence? He would ask this court to find in the affirmative.”

Attorneys for Florida Secretary of State Laurel Lee and the state’s legislative leaders argued in support of the governor.

Anton Marino, an attorney for the American Civil Liberties Union of Florida, argued that voters understood the amendment intended to restore voting rights upon the completion of any term of imprisonment, parole or probation.

Florida laws indicate restitution is intended to be remedial in nature, not penal, Marino said.

“It’s intended to provide an opportunity for the offender to make the crime victim whole in the instances where they are able to,” Marino said.

Voting rights organizations led by the ACLU filed a federal lawsuit on behalf of 17 ex-felons, arguing that Florida had created a “poll tax” and discriminated on the basis of wealth. The law DeSantis signed also failed to address the accessibility of state and local records that felons need to prove their eligibility, which leaves them vulnerable to prosecution if errors are discovered in their voter registrations, they said.

Judge Robert Hinkle of the U.S. District Court for the Northern District of Florida issued a partial injunction Oct. 18 temporarily blocking the state from denying voting rights to the lawsuit’s plaintiffs. He has not yet ruled on a request to dismiss the lawsuit by DeSantis and Lee, who say state courts should resolve the matter.

Most states automatically restore voting rights to former felons, either at the end of their prison terms or at the end of parole or probation. Before Amendment 4, ex-felons in Florida had to wait at least five years after the end of their sentences before applying to have their voting rights restored by the State Board of Executive Clemency, which includes the governor and the independently elected members of the Florida Cabinet.

DeSantis has said he would be willing to work with lawmakers to streamline the restoration of voting rights, but Amendment 4 still stipulated the satisfaction of all legal financial obligations as part of that process.

“That’s what the amendment meant, that’s what the voters thought it meant, and if we need to have whatever we need to do to implement that appropriately, I’m all for working with the Legislature on that,” he told reporters Oct. 22.

To contact the reporter on this story: Jennifer Kay in Miami at jkay@bloomberglaw.com

To contact the editors responsible for this story: Loren Duggan at lduggan@bgov.com; Jodie Morris at jmorris@bgov.com