PayPal co-founder Peter Thiel and casino magnate Sheldon Adelson were among the big funders of a GOP allied nonprofit group whose names were disclosed following court challenges to lift the cloak of secrecy surrounding dark money.

Their donations to the nonprofit, Americans for Job Security, were revealed after a long court battle and a settlement with the Federal Election Commission. While similar groups continue to pour hundreds of millions of dollars into elections without revealing donors, recent court rulings have signaled donors can’t always rely on promises of anonymity. Dark money is the term used by critics for campaign spending that is funded by undisclosed donors.

“These people tried to get around the law and keep their massive political money secret. It took a long time, but transparency and the rule of law prevailed,” said Noah Bookbinder executive director of the watchdog Citizens for Responsibility and Ethics in Washington (CREW), which spearheaded the legal battle to reveal the group’s donors.

Americans for Job Security spent more than $20 million for campaign ads aiding Republican candidates in the 2010 and 2012 elections, according to disclosures with the FEC. The group acknowledged that it was a regulated political action committee subject to disclosure rules after years of legal wrangling. A settlement with the FEC required it to file a new report listing its donors, which was posted on the agency’s website Oct. 25.

“It’s not a surprise to see that AJS’s donors included some of the richest people in America, major political players, corporations and PR firms, but it is still shocking to see them all listed out,” said Bookbinder. 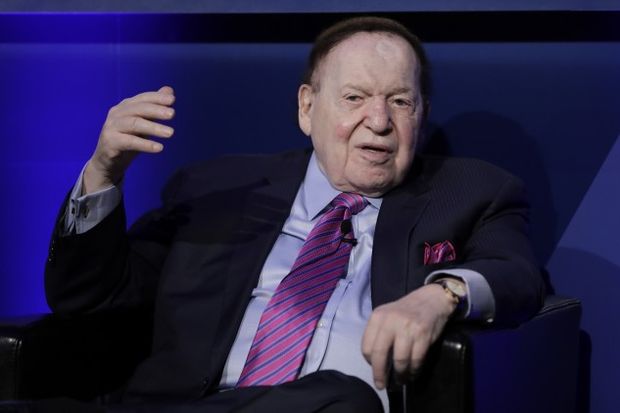 Groups that don’t disclose their donors have spent more than $960 million over the last decade and are on track to exceed $1 billion during the 2020 election, according to a report from the watchdog group Issue One. In the 2018 midterms, non-disclosing liberal groups allied with Democrats outspent Republican-allied groups for the first time since the 2010 Supreme Court decision in Citizens United v. FEC which allowed unlimited campaign spending by corporations and unions.

Donors can still give to campaign spending groups that promise secrecy, but “the likelihood of remaining anonymous forever is significantly diminished” due to recent rulings favoring disclosure, said election law attorney Brett Kappel in a phone interview.

Groups wanting to maintain confidentiality must be more careful about not spending too much of their money on campaign messages, said Kappel, who is a partner at Akerman law firm. The law allows nonprofit business groups governed by Section 501(c)(6) of the tax code, such as AJS, to spend no more than half their yearly budget on election activities.

Opponents of disclosure warn that forcing greater transparency for groups speaking out on controversial policy issues could suppress free speech across the board. Alex Baiocco of the nonprofit Institute for Free Speech, a critic of campaign finance regulation, noted that some liberal groups like the American Civil Liberties Union have lobbied against increased donor disclosure.

AJS had promised its donors they would never be revealed. The group’s president, Stephen DeMaura, told the FEC in a deposition that avoiding donor disclosure was a major factor in how and where the nonprofit decided to conduct its activities, according to a report from the FEC general counsel’s office.

DeMaura and his attorney, William Canfield, didn’t respond to requests for comment.

Some AJS donors had been previously disclosed, following a 2013 settlement of a California campaign finance case involving ballot initiative campaigns. These included Charles Schwab, founder of the securities trading firm, Anthony Pritzker, an heir to the Hyatt Hotel fortune and major Republican donor, as well as entrepreneur Eli Broad.

Schwab was among the biggest funders of AJS. He provided more than $12 million, according to an analysis by CREW. The contributions by Broad and Pritzker were notable because Broad is known as a major Democratic campaign donor and Pritzker’s brother, J.B. Pritzker, is the Democratic governor of Illinois.

AJS received funding through a network of conservative donors linked to Koch Industries Inc., its chairman Charles Koch and his brother David Koch, who died earlier this year. The group received money from a separate nonprofit called the Center to Protect Patient Rights formed in 2009 by political consultant Sean Noble and funded by contributions first made at a retreat for donors of the Koch network, reports filed with the FEC in 2017 show. Noble used the money for TV ads attacking Democrats for backing President Barack Obama’s signature health care law. Opposition to that law helped Republicans take the House majority in 2010.