Take a deep dive into President Joe Biden’s budget proposal for fiscal year 2023. Bloomberg Government analysts cover every detail, from spending and deficit projections to department-by-department analysis, to keep you informed on the administration’s policy priorities for the year ahead.

Explore our interactive timeline to learn the next steps for Biden’s budget and hear directly from our budget experts on the intel you need to know.

The Biden administration released its budget request for fiscal year 2023 on March 28, 2022, calling for $5.8 trillion in federal spending and a $1.2 trillion deficit.

The president’s budget includes $1.6 trillion in discretionary spending, funding boosts for nearly every agency, and tax hikes for corporations and wealthy households.

Biden’s budget by the numbers

The budget covers a wide range of policy and funding priorities for the administration, including the following highlights:

Focus on deficit reduction – part of an effort from the administration to appeal to moderate Democrats as they negotiate the broader social spending and tax package previously called the Build Back Better agenda, which has stalled in the Senate.

Climate initiatives span several agencies – including the U.S. Departments of Agriculture, Energy, and the Interior, and the Environmental Protection Agency.

Health proposals address cancer research and mental health – the budget asks for $5 billion for Biden’s proposed Advanced Research Projects Agency for Health, which would invest heavily in cancer research as part of Biden’s Cancer Moonshot and other breakthrough treatments research.

What happens after the president’s budget proposal?

The president’s budget request is only the first step in the federal budget process.

Explore our interactive timeline to learn what comes next for President Biden’s proposed budget.

What to watch in Biden’s budget proposal

Your go-to resource for staying current on the 2022 midterm elections and how they’ll impact the congressional balance of power, government affairs, and policy making.

Market Intel to Fuel Your Business

With the help of Bloomberg Government, learn the federal market intel that is shaping government contracting.

BGOV’s experts on the budget 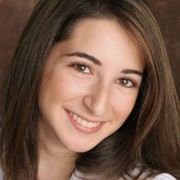 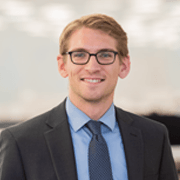 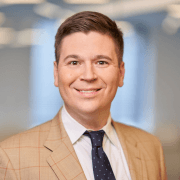 Christina Banoub joined Bloomberg Government this year as a legislative analyst covering health care. Previously she worked on environmental and energy efficiency related government affairs issues for a multinational company. She has a Master’s in International Studies from Johns Hopkins School of Advanced International Studies and a Bachelor’s in Political Science and International Affairs from the University of Michigan.

Christina Banoub joined Bloomberg Government this year as a legislative analyst covering health care. Previously she worked on environmental and energy efficiency related government affairs issues for a multinational company. She has a Master’s in International Studies from Johns Hopkins School of Advanced International Studies and a Bachelor’s in Political Science and International Affairs from the University of Michigan.

Loren Duggan works across Bloomberg Government's news and analysis team to deliver content that helps government affairs professionals do their jobs. Loren has extensive experience with legislative coverage, including leading analysis and news teams, and editing and authoring stories, bill summaries and OnPoints. Loren has appeared on Bloomberg Radio, the Federal News Network and at in-person events discussing legislation and public policy.

Jack Fitzpatrick covers the budget and appropriations process in Congress. He interviews lawmakers and staffers on Capitol Hill, focusing on the fiscal side of all policy areas. He has appeared on C-SPAN, MSNBC.com, Bloomberg TV and Bloomberg Radio, among others. Before coming to Bloomberg Government, he covered energy policy for Morning Consult and congressional campaigns for National Journal. He has a bachelor’s in journalism and a master’s in mass communication from Arizona State University’s Walter Cronkite School.

Danielle Parnass is deputy team lead for legislative analysis at Bloomberg Government and covers health, education, and agriculture. She also cohosts BGOV's "Suspending the Rules" podcast. Danielle previously worked at the House Financial Services Committee, Senate Finance Committee, and Congressional Budget Office doing communications, research, and analysis. She has a masters in public policy from Georgetown University and her bachelor's in journalism and government from the University of Maryland.

Michael Smallberg is a legislative analyst with Bloomberg Government. Previously, he was an investigator at the Project on Government Oversight, reporting on issues such as Wall Street oversight and the federal inspector general system. Michael has a bachelor's degree in history from Brown University.

Adam M. Taylor is a legislative analyst with Bloomberg Government. He covers technology and communications, energy and environment, immigration, and judiciary issues before Congress. Prior to joining BGOV in 2015, he was in-house federal regulatory counsel for a communications company, and an associate in the regulatory group at an international law firm. Adam has a J.D. from Georgetown Law and a bachelor's degree in history and political science from Purdue University.

Brittney Washington is a legislative analyst with Bloomberg Government. She covers trade, defense, foreign affairs, and veterans’ affairs. Prior to joining BGOV, she worked on Capitol Hill as a legislative aide and congressional fellow. She has a master’s in international relations from the Fletcher School, Tufts University and her bachelor’s in Japanese from Georgetown University.

Latest news on the president’s budget

What to Know in Washington: Biden’s Budget Aims to Woo Moderates

We can help you strategize effectively by providing the news, analysis, and tools you need within a single platform. Request a demo to see how you can set custom alerts on the policy topics that matter most to you, track relevant legislation, and more.