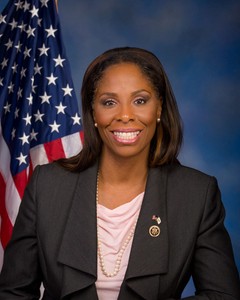 As a member of the Transportation and Infrastructure Committee, Stacey pushes for improvements to critical infrastructure in the U.S. Virgin Islands and the insular areas, as well as the development of economically depressed rural and urban areas. On the committee, Stacey also works to ensure the federal government is responsive to the needs of Americans in disaster-stricken areas.

As a member of the Committee on Agriculture, Stacey works to ensure the Virgin Islands and other rural communities receive adequate funding for necessary programs aimed at rural development and programs that provide needed supplemental assistance to hardworking families.

As a member of the Committee on Oversight and Government Reform, Stacey employs her skills as a former prosecutor to ensure accountability and transparency both within government and private sector entities whose operations impact the Virgin Islands community and communities across America.

Plaskett is a staunch advocate for poverty reduction and equal voting rights and is well versed in Caribbean economic development and public-private partnerships for growing the economies of developing areas. She is a graduate of Choate Rosemary Hall, earned her undergraduate degree from Georgetown University, and her Juris Doctorate from American University’s Washington College of Law.